Home Explorations Travel Use your words: Why it helps to write things down

Use your words: Why it helps to write things down 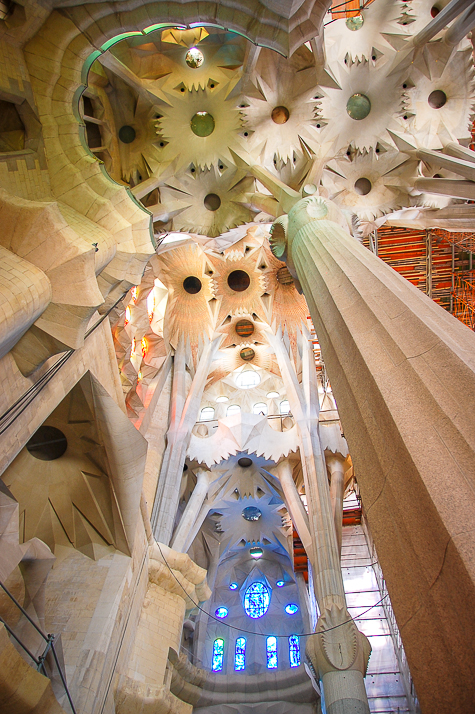 I remember the place – Gaudi’s La Sagrada Familia in Barcelona, Spain – but how I felt at the time or other details? All a blur. I should have used my words…

When our sons were little, they’d reach a point of either frustration or excitement where they couldn’t convey their intent. Gestures, crying, repeating the same undecipherable jumble always resulted in our same, calming response: “Use your words.”

Now that I’m older, I have to remind myself of that advice. When traveling to a new place that makes me so giddy with excitement to see more, I can easily put the arm-waving, up-and-down jumping, glee squeaking gyrations of my children to shame. At least on the inside. I do try and retain some external decorum. Try.

But then, after the initial wave of enthusiasm passes and especially later when I attempt to recount the wonder of a place to others, I hit a snag. I can remember the emotions and some of the details, but I can’t always connect the two in ways that make sense to others.

Why? Because I didn’t use my words. I didn’t write down the details of both the place and my response to it right away. As a result, that moment is gone and the specifics that made it so special are, at least partially, lost.

Write it down right away

Earlier, we looked at how details can make your writing more interesting and the free guide, Come Closer: A Novelist’s Approach to Capturing Details. But how and even when you capture those details matters in your ability to use them well later.

The prolific travel writer Tim Cahill addresses this in his story, “The Place I’ll Never Forget” found in the collection An Innocent Abroad edited by Don George. In trying to recount experiences later he notes:

“…it occurred to me that the stories I told would benefit from more detail. I couldn’t just experience something and expect to have it etched indelibly into my memory. I had to give names to the colors and odors and feel of things. I had to assess my own feelings, which gave emotion to the landscape. And I needed to do it on the spot because travel often doesn’t allow you to backtrack.”

That’s vital for writers and artists to remember: If we don’t capture the details and our emotional response to them while we’re right there, we’re rarely given a second chance. Time and memory quickly distort our recollections of the moment.

When it comes to using your words, Cahill notes:

“Some people are certain they can recall such physical and emotional experiences through their photographs. I can’t argue the point, though feeling through a lens is a rare talent and one I don’t possess. I need to put words to sensations and emotions to own them forever. Whenever I can’t figure something out and take a photograph rather than a note, I know I’m losing the scene forever.”

Use your words to capture what lies beneath the surface

I love photography. But I’m finding that like Cahill, sometimes a photograph can’t capture what he refers to as the “interior landscape,” our internal response to the external scene. Taking notes as soon as we can after the experience allows us to record both what we see and feel. We begin to find meaning in the experience right there because we’re processing it in real time.

I still tend to rush into and out of a scene, clicking away and hoping I can later reconstruct through images what occurred there. But increasingly, I’m trying to pause amidst the excitement of the place and at least scribble down or record verbally my reaction to it. Images matter and are a great resource for reviewing later for details. But if you want to capture those details and the meaning behind them, do what we told our kids.