5 reasons why ruins fascinate us

Why do ruins fascinate us? Why do so many of us seek out the old and the antiquated, the weathered, worn and barely-still-standing?

A tale of two ruins

The images you see here are from two recent trips. The more modern ruins above are from Antiguo Hospital San Juan de Dios in Granada, Nicaragua that I visited a few weeks ago. This old hospital was built at the end of the 19th century and has long ago fallen into disrepair. Rumors of rebuilding it as a museum seem to be merely rumors. I had been informed that guards stand outside the shell of the building to keep trespassers away. Yet when I visited, they too appear to have to have abandoned this place. 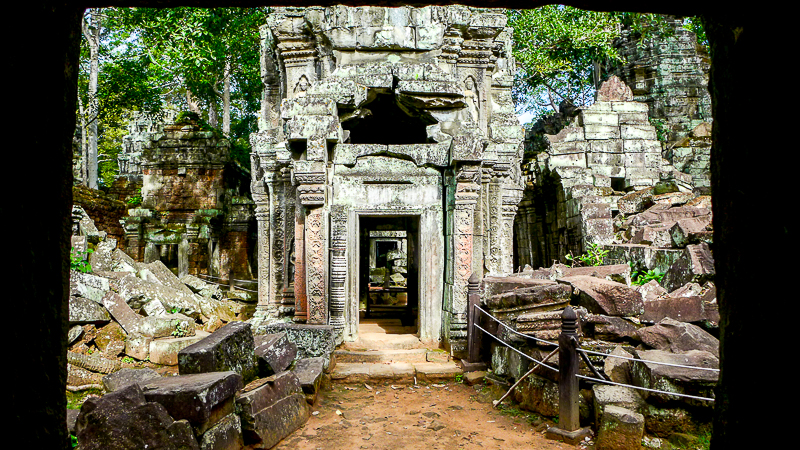 The other, more famous ruins shown here, are from my son Sumner’s trip last month to Angkor Wat in Cambodia. Built in the early 12th century these temples cry out to be explored. Tomb Raider and other movies have been filmed here. As Sumner noted, visiting here makes you feel more like Indiana Jones than anywhere else he’s been.

Here are some theories. Add your own in the comments section.

Reasons why ruins fascinate us 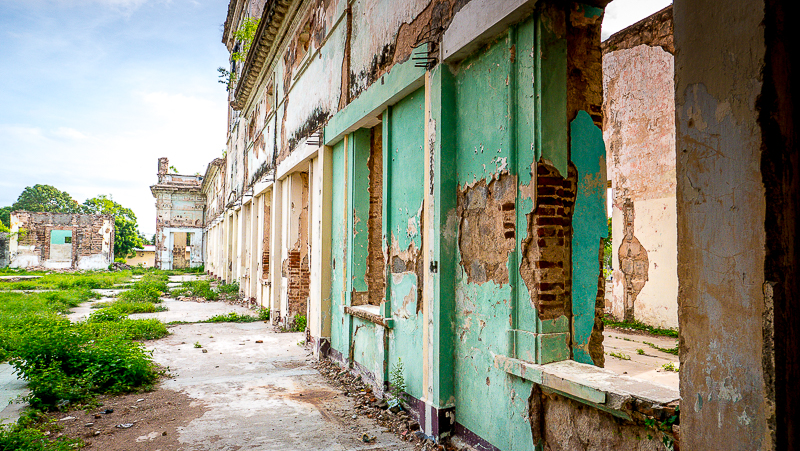 First, we tend to romanticize the past. What came before us seems more interesting than what lies in front of us today. History and the richness of its associations sparks our imaginations. We give in to nostalgia or associations with symbols from the past in ways we may not even realize or admit. 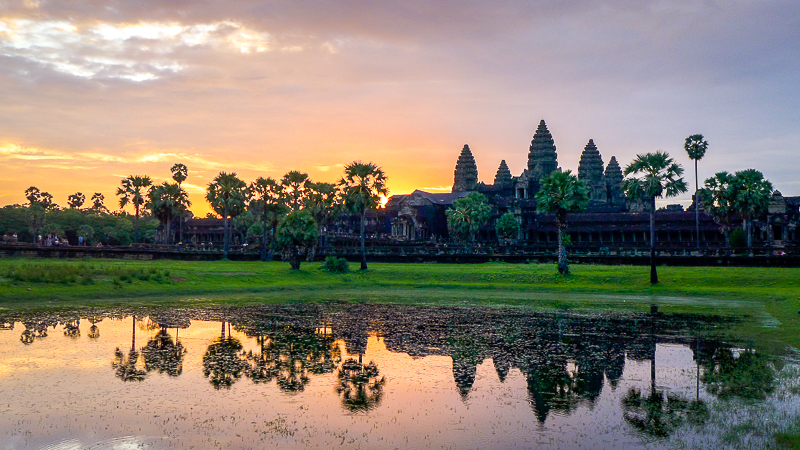 Second, we live in a culture of perceived impermanence, transience veiled under the guise of mobility. Thus, we gravitate toward representatives of permanence or at least the rootedness we find in old buildings that have lasted for decades, centuries or even millennia. 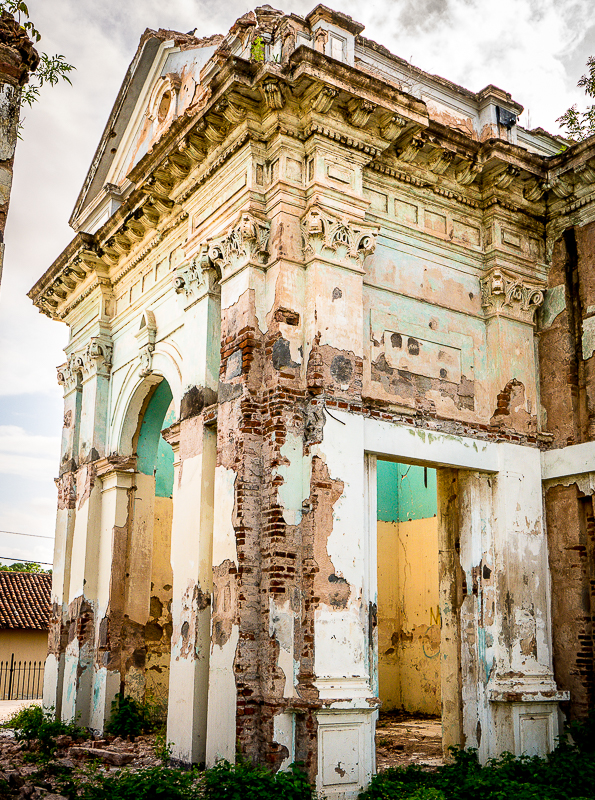 Third, we appreciate a level of skill, craftsmanship and materials we rarely see today. Unless you’re an eccentric millionaire, you’re not likely to build a castle or cathedral. So we marvel at works of splendor that last for generations beyond the life of the builders. 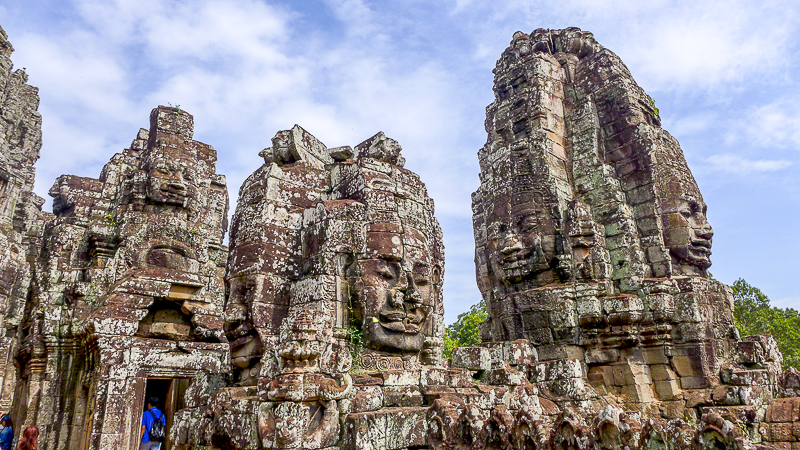 Fourth, I think we’re drawn to ruins because they remind us of our own condition. Let’s face it: deep down we’re all wrecks. Ruins remind us that there is something of value and magnificence even in our brokenness and in those places that are falling apart. 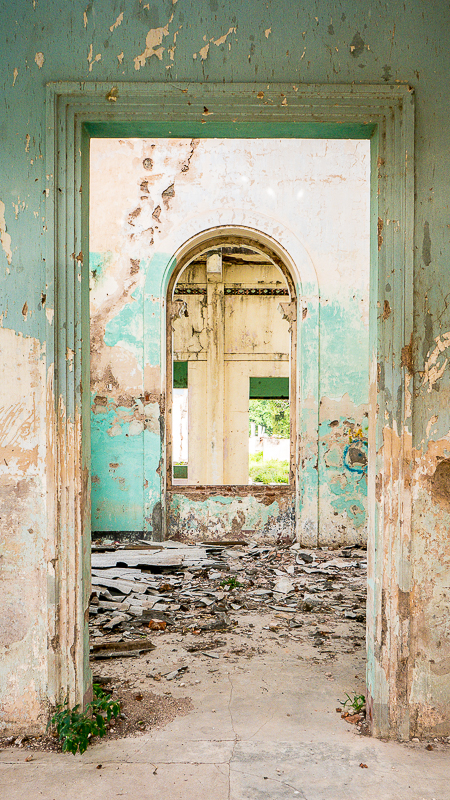 Fifth, ruins also may remind us that we are mortal. In college I worked at Disneyland. There they told us a story about the building of the park. Apparently Walt Disney hired a psychologist to guide the design of the various “lands.” One suggestion Walt followed was to construct Skull Rock from Peter Pan and put this universal symbol of death (the skull) right in the middle of Fantasyland. The reasoning went that people would feel even happier when they saw the skull because they would subconsciously have a sense of overcoming death. So perhaps we like ruins for similar reasons: We encounter them and witness their crumbling facades and broken walls. And yet we emerge from them as vibrant as when we entered. 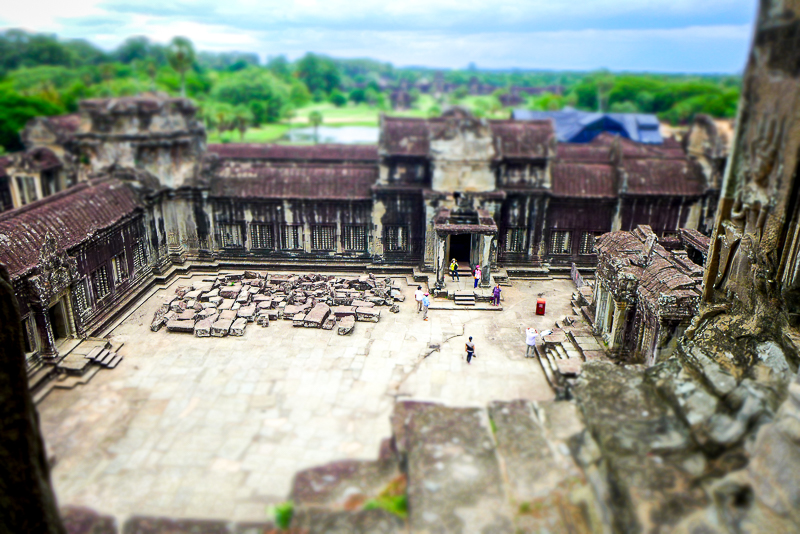 Beyond these five reasons, one other remains as to why ruins fascinate us. To me, it’s the most important and thus deserves its own entry. So join me next time for the main reason ruins fascinate us. And in the meantime, please share below your own thoughts on the subject.