How to take better sunset photographs 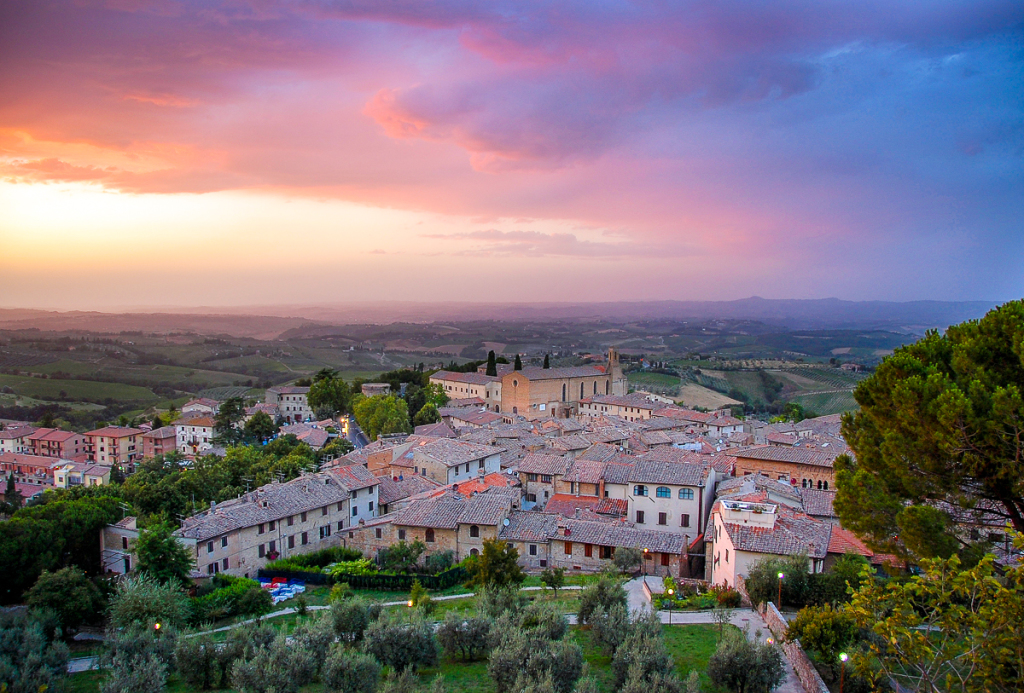 Don’t make the sunset the star. Have other objects – buildings, trees, birds, people, etc. – be the main subject of the photo. Let the sunset be a nice background addition. Or even better, look behind you. Sometimes the best images at sunset aren’t of the sunset but what the sinking sun illuminates in its warm, glowing light and colors. Always ask yourself, “What story am I really trying to show?” or “What’s the real subject here?” or and then pursue that story or subject incorporating the sunset but not fixating on it. 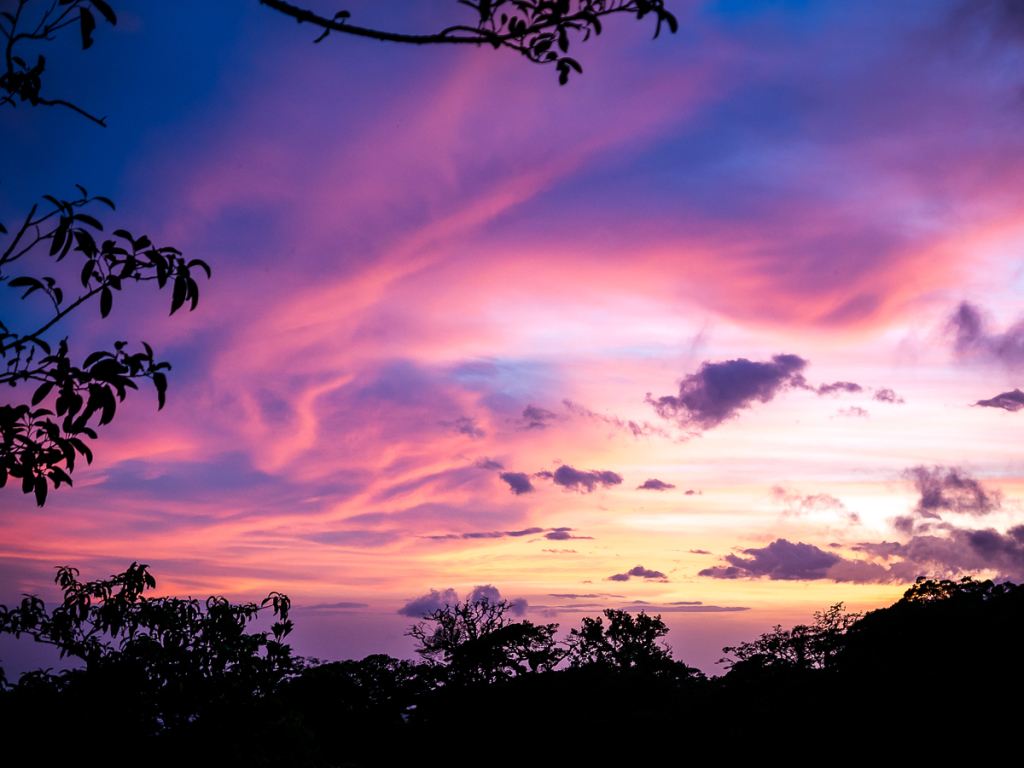 Frame the sunset. Even when the sunset itself is the main attraction, use other elements – trees work particularly well – to frame your image. If you want to take better sunset photographs, concentrate on composition and lighting as much as on just that big orange ball that’s quickly sinking. The worst sunset images (and the most common) treat the sun like a target you’re centering in on with nothing else in the frame but the sun, the horizon and maybe some waves. 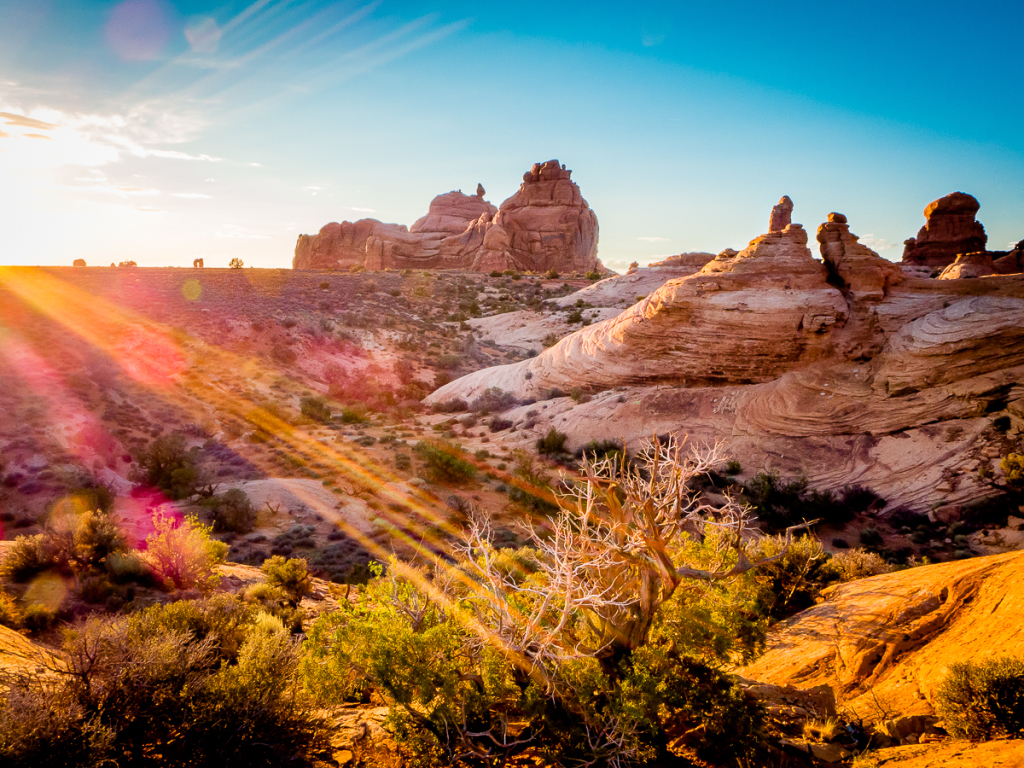 Add lens flare. This one is subjective. Some photographers see lens flare – those rainbow-like blocks or circles created by shooting directly into the sun – as a distraction or a mistake. For me, I like the added visual element…in moderation. To increase your chances of capturing lens flare, shoot toward the sun at a high F-stop (like F11 or higher if your camera allows aperture priority settings). Higher F-stops (and thus depth of field) can also make the sun’s rays more pronounced as in the above image. 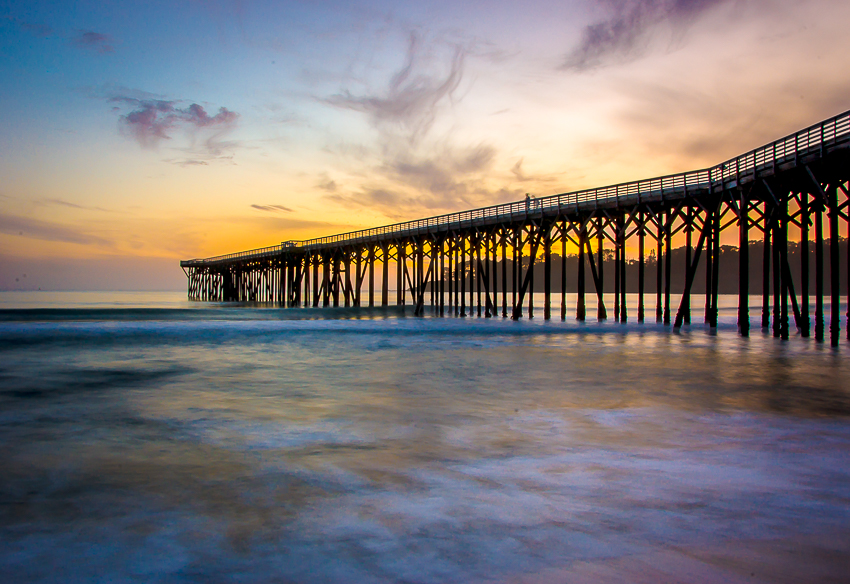 Use a tripod. This is critical if you want to make a better sunset photograph by the ocean and you want the waves smoothed out via a long exposure. You can also make images long after the sun has set when the light is often at its best. 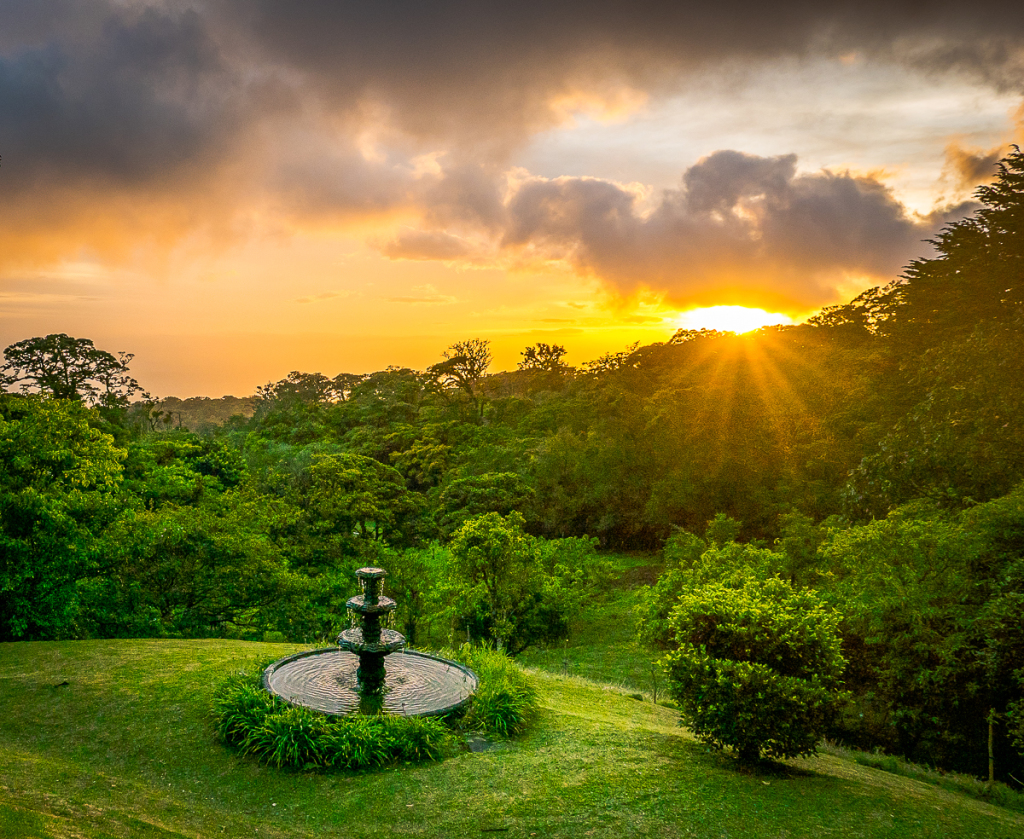 Apply the rule of thirds. Don’t shoot with the sun in the center of the image and the horizon in the middle of the picture. That’s just boring (see point 2 above). Try to locate the sun either a third of the way up or down and a third of the way from one side. It’s more visually dynamic and interesting. One of the best ways to understand this is to go online and look at how others have taken sunset photographs. You’ll quickly see that the most compelling shots are not symmetrical images of the sun alone.

Know your camera and filters. Learn how to bracket your shots meaning, for example, you take one photo at the correct exposure, one a stop overexposed and a third a stop underexposed. Then, on your computer, use software to merge the three so that your foreground subject isn’t too dark you’re your sky isn’t too light. Many cameras today even allow you to do this by making an HDR (High Dynamic Range) image in the camera itself. Or go old school: Use a graduated neutral density filter on your lens that darkens the sky without making your foreground too shadowy. 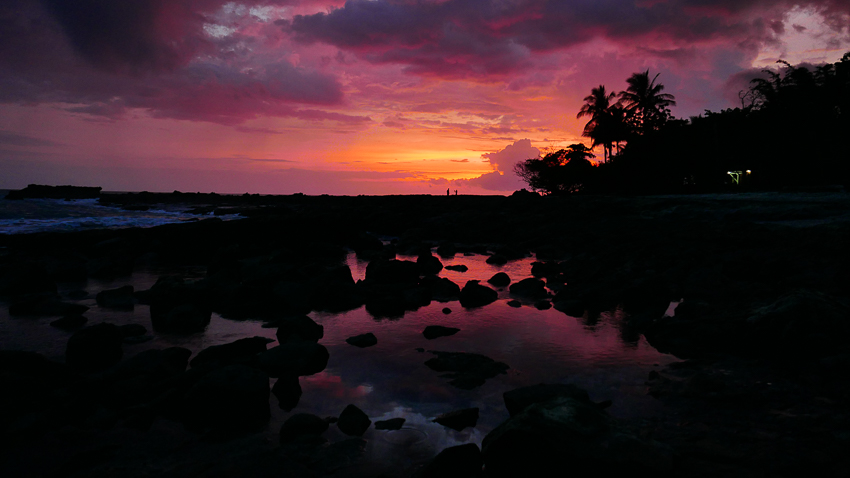 In many ways, this image is too underexposed and dark. But it is still more interesting than if it had been too light.

Underexpose. If none of the previous point made any sense to you, don’t worry. Just try and make your sunset shots darker than normal. They tend to “read” better and our eyes accept a sunset image where the sun isn’t too bright and the surrounding scene is darker than usual in a photograph. 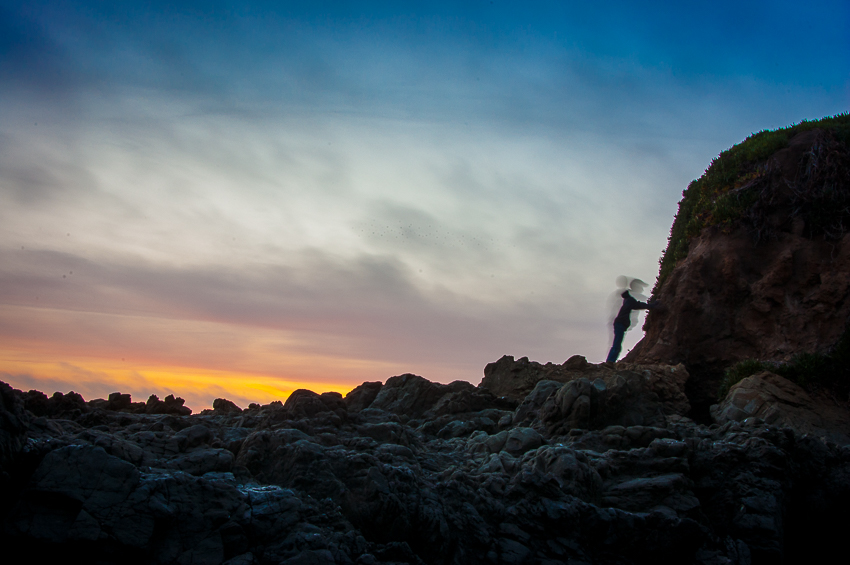 Plan ahead. You usually only have about 30 minutes of great light during and after the sunset. You can get apps for your phone that tell you exactly when sunrise and sunsets occur wherever you are. Use them to be there and be set up knowing the scene you want to capture before you miss your moment. You want to be set before the sun does. 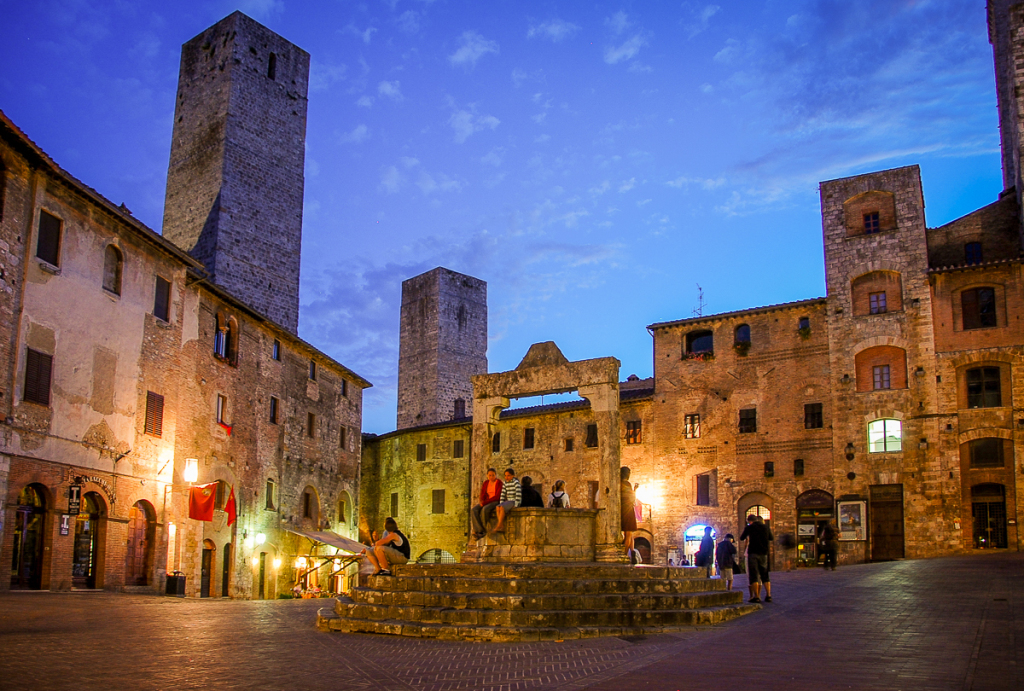 This technically isn’t a sunset photograph…but it is. Note the luscious light right after sunset.

Wait. Similarly, once you are there, don’t be in a rush to leave. As noted, the best light usually occurs after the sun has set. Wait for it. You may not have the actual sun in your photo, but you’ll have a better photo. 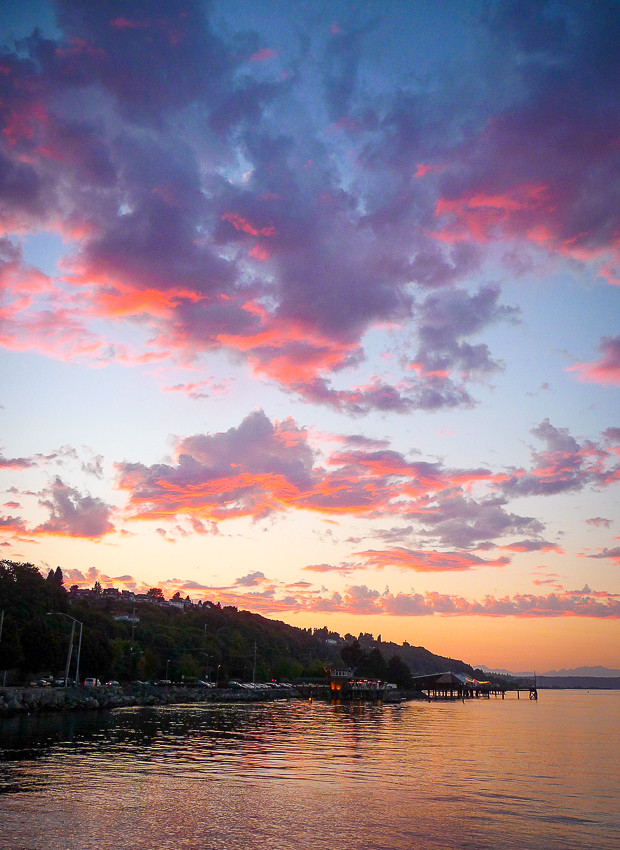 Follow the clouds. This is probably the most important tip of all: sunsets are pretty boring without clouds. Some of the best sunset photographs occur right after a storm or on really cloudy days. Clouds are the secret to making better sunset photographs.

That’s a start. How about you? What’s your secret to taking better sunset photographs?

This ends my three-part series on sunsets. The other two are The Light at the End of the Day and Why Sunsets Move Us.