Skip to content
Home Explorations Travel You could die there

You could die there 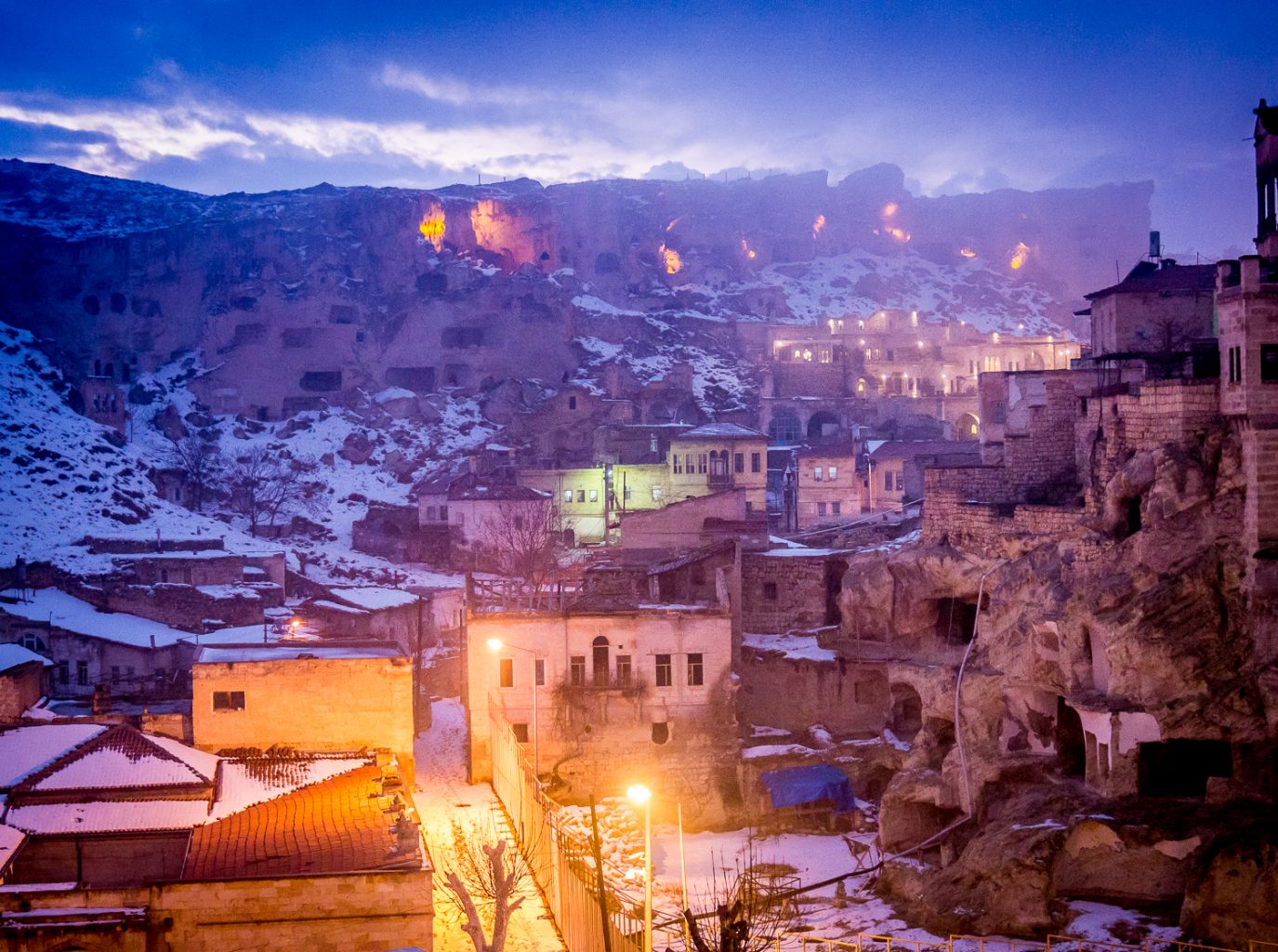 This is the old area of Urgup in Cappadocia, Turkey, just one of the many amazing places you’ll never see if you heed the fears of those who tell you, “You could die there!”

“You could die there.”

I heard that or related expressions of dismay when I told people I was about to travel to Turkey this past month. I heard similar comments last summer when my sons and I went to Egypt and Morocco. And the summer before that, I got the same impression from reading the State Department’s warnings about visiting Nicaragua. You could die there. Or at the very least, get hurt. Or kidnapped. Or robbed.

Some of these warnings stem from valid concerns. In the case of Nicaragua, there had been an uptick in murders, carjackings and robberies. But put it in perspective: The actual numbers were far fewer there than a typical summer weekend of violence in Chicago. And in the case of Turkey, yes they did experience horrific bombings in Istanbul last year. But again, in comparison, we’ve had our own terrorist violence here in places like Boston, Orlando or San Bernardino. You could die there too.

Look at the numbers

According to a study  done by the University of Maryland in October of 2015:

…80 Americans were killed in terrorist attacks from 2004 to 2013, including perpetrators and excluding deaths in Afghanistan and Iraq, the majority of which are combat related. Of those 80 Americans killed, 36 were killed in attacks that occurred in the United States.

That means that 44 Americans died overseas in terrorist attacks over a ten-year period. That’s less than five deaths per year. In comparison, an estimated 150 people die each year from being hit by a coconut.  12 people die annually from high school and college football injuries  and about the same number are killed each year by flying champagne corks . Thus, you’re more than twice as likely to die at a wedding from an errant bubbly cork than from a terrorist activity overseas. Hmmm.

When put into perspective, it starts to seem rather crazy that we let heightened media reports ramp up our fears and keep us from traveling.

Now obviously, you need to be wise. Where there are legitimate concerns, you should heed them or more importantly, understand them. For example, there are warnings not to go near ledges. Not to play with the cords on blinds. Not to drop your blow dryer in the bathtub. Even my pillow comes with a warning label. Those are all good to know, but within reason. If you understand them, you don’t avoid viewing the canyon, using blinds, your pillow or blow dryers. You just use them wisely. Same with travel warnings: Be aware of the threats but also keep them in perspective. Let them inform you, not immobilize you.

To me, the real question is, what will you live for, not against?

When you let fear keep you from traveling, the only ones who win are the terrorists. You miss out on what could be one of the greatest adventures of your life. More importantly, it’s not just you who loses when you stay home. The locals in these countries actually suffer the most. In countries I’ve recently visited like Turkey, Egypt and Morocco, tourism has been one of the leading industries. Now, with dramatically fewer visitors, so many jobs are lost and livelihoods ruined.

I was told while in Cappadocia, Turkey last week that previously, something like 1.5 million people visited the area in a year. Now, it is less than 100,000. And when I was there, of the few other visitors I did see, none of them was an American.

I’ll share some specifics about my trip to Turkey in a later post, but for now, let me leave you with two final thoughts.

First, now is the perfect time to visit countries like Turkey or Egypt. Prices are low, you have major attractions all to yourself and you are treated like royalty. Go now and you will not only have an amazing trip, you’ll also come to understand the whole issue of global terrorism — and its impact — from a different perspective.

Second, know that you could die there. True. But you could die anywhere for that matter. So why let fear of dying keep you from living? Especially when you realize that you’re more likely to die overseas from sun stroke than a terrorist attack. If you don’t travel to these amazing places, you eventually end up with a good deal of regret. And in a state of such disappointment, a part of you could die there too.

Ultimately, however, it’s not about where you might die. It’s about where and how you will live. Not just survive, but truly live. Now is the best time to do that. Set the fears aside. Start dreaming about all the places you could visit. Choose life and hope and trust.

P.S. – Here’s an afterthought based on a news report I heard this morning: travel overseas from the US is down right now based not just on concerns that the travelers themselves will be affected by President Trump’s proposed travel bans but because of fears of how people overseas will react to Americans in light of these bans.

Only time will tell. But I will say that I was in a predominantly Muslim country the day the ban was announced. No one there treated me, an American, any differently. And instead of anger, the most common response was sadness. Time after time, I have run into people in countries all over the world that vehemently hate our government (not just the current one, but many past administrations as well). But they love Americans. They are so glad we are visiting their country.

Again, I don’t know how this will play out. But I would be stunned to find that people in other countries treat American visitors badly just because of the travel ban. It’s another case of our fears sometimes exceeding reality. So my advice still holds. 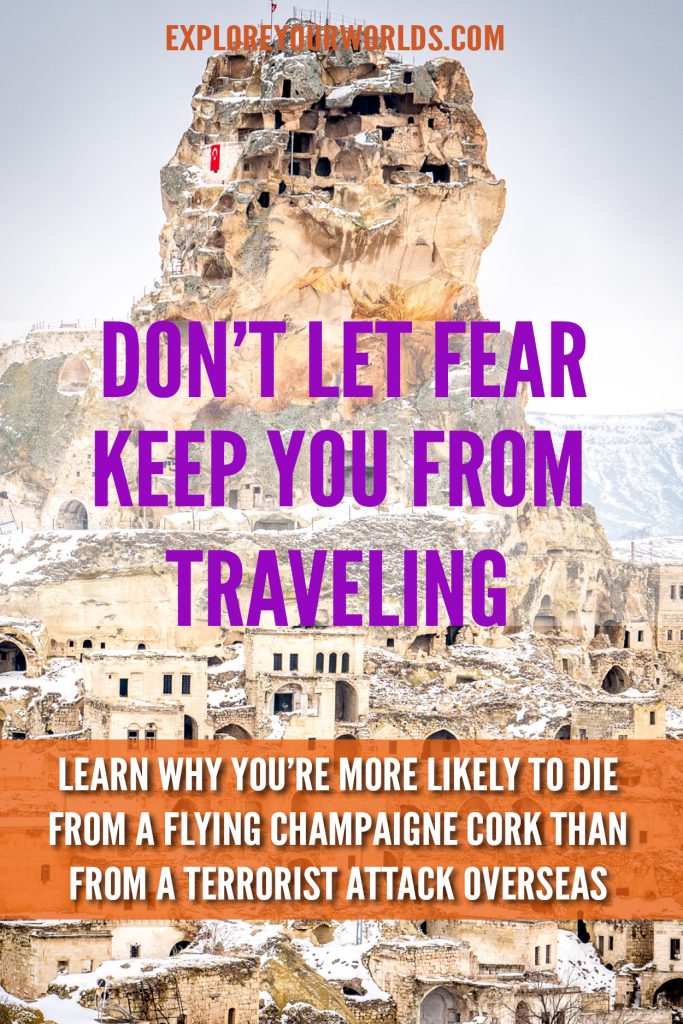