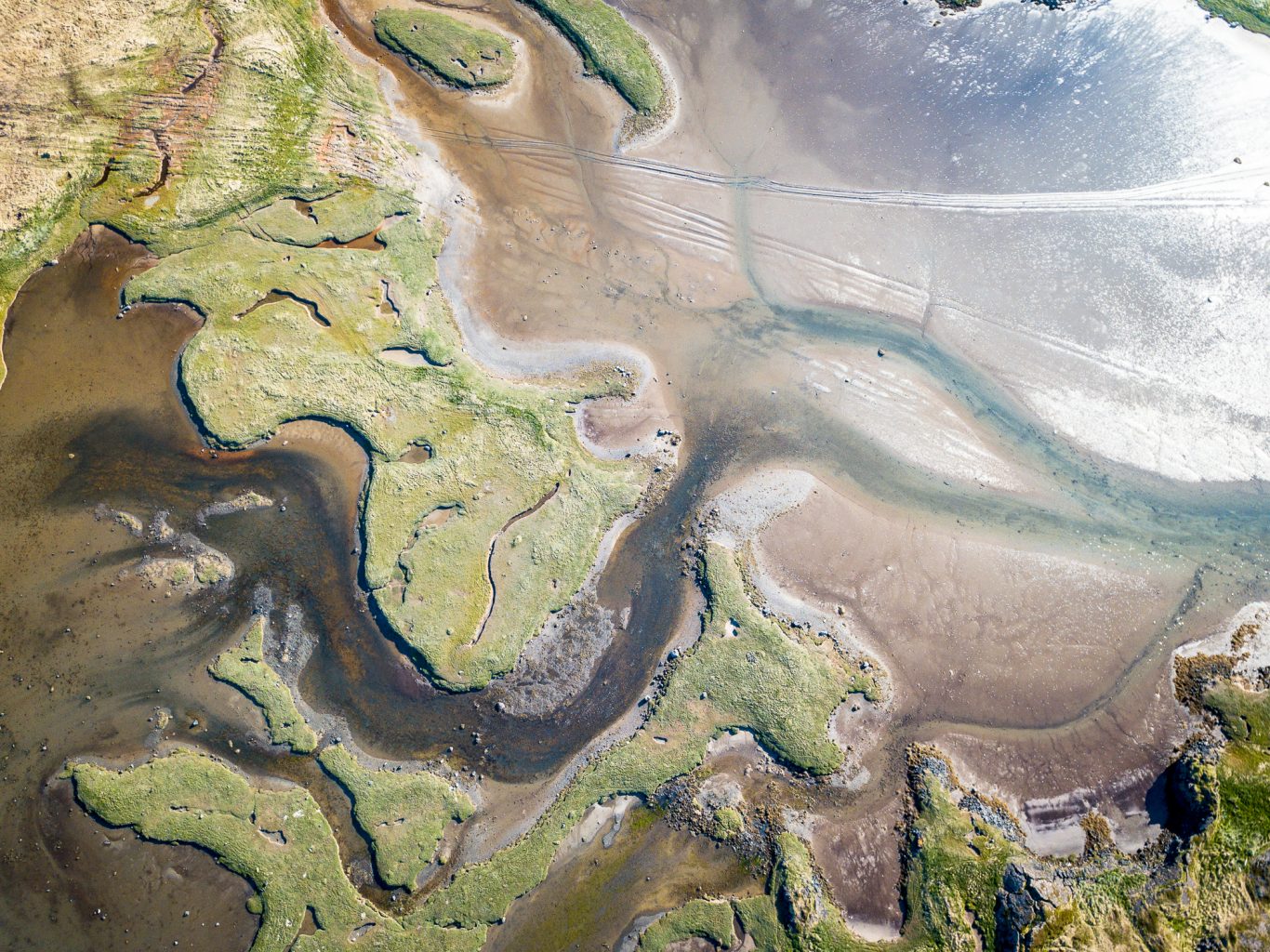 Learn to see more of your trip

“The traveler sees what he sees. The tripper (tourist) sees what he has come to see.” This quote from G.K. Chesterton’s Autobiography takes on new meaning when it comes to travel, photography and Instagram.

Choose any popular spot around the world and it is mind boggling how many people are there to not just see, but photograph a particular landmark or site. All well and good, except they do so in pretty much the same manner. They come mostly to get their own Instagram shot, to claim membership in that club and to check off that experience.

That’s not a bad way to travel.

But it may not be the best way to travel. While you may have the bragging rights of capturing “the” shot, you’re likely missing so much more. In fact, you may be missing out on the best part of the place —or your trip.

Today I begin an ongoing series called, “Look the Other Way.” In it, we’ll explore numerous possibilities to do just that, to look the other way. That may mean looking up, down, from a different viewpoint, behind you or just from a different mental perspective. Today, let’s start with a rather obvious aspect: Look around. 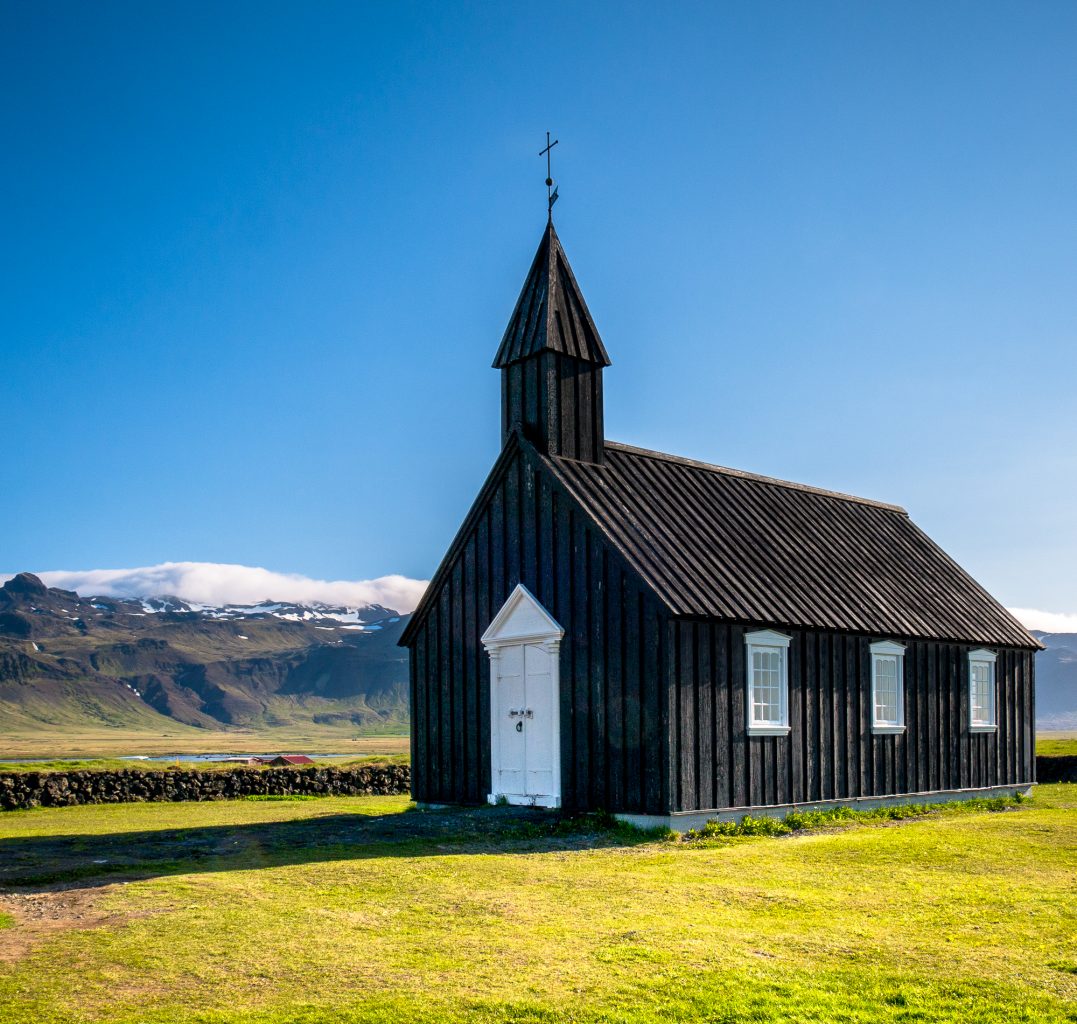 I recently returned from Iceland (and several other Scandinavian countries). One iconic image you see of that windswept isle is of this lone church, black in color (because its wood is coated in tar for weather protection) and usually shot with the coast or nearby mountains as the backdrop. Pretty much like the shot above only, because it was a bright, sunny morning, the black is looking a little faded here.

I did a quick search on Instagram for Budir Black Church and this is the top page of results.
   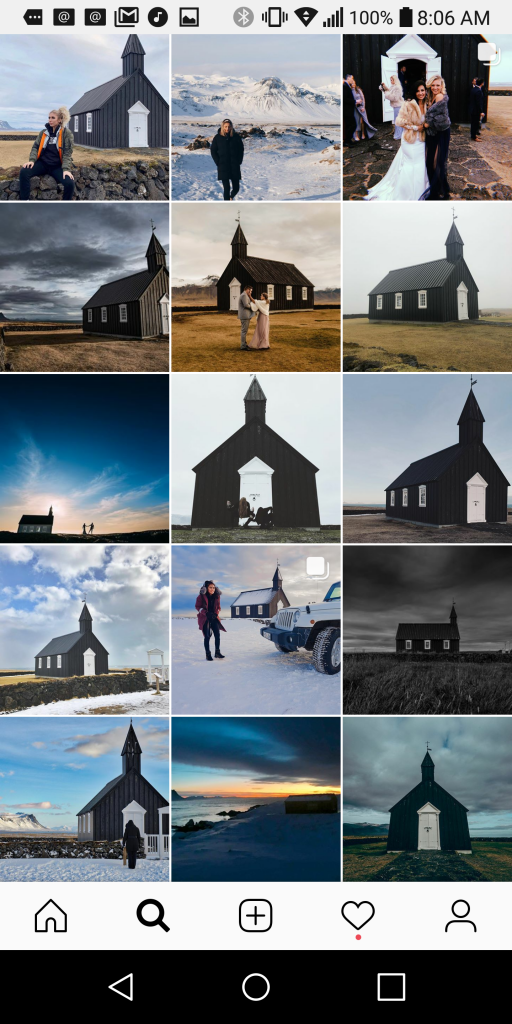 You see it in all seasons, day and night, with or without people, but with only one exception, it’s a similar shot of just the church itself.

This lemming-like phenomenon isn’t limited to Instagram. On virtually every travel blog or site I went to before visiting Iceland, I saw the same image. Here’s what a search on Google using the Images filter reveals:

Lest you think the results are limited because my search term was Budir Black Church, an expanded search to just “Budir Iceland” resulted in pretty much the same results with a few shots of the nearby hotel added.

Using images to plan your trip

I tend to plan trips visually, reading about places that sound interesting first, then doing image searches or using Google Earth to provide a fuller sense of what the place is like. Google Earth works well for understanding what’s around the site but it isn’t the best for capturing the beauty of it. Here’s what I mean with this destination shown in Google Earth:

Thus, based on the cursory search I did for the Budir Black Church, I assumed there’d be a small isolated church worth maybe a five to ten minute stop since it was on our way.

But look what happens when you look the other way, in this case looking around the area. 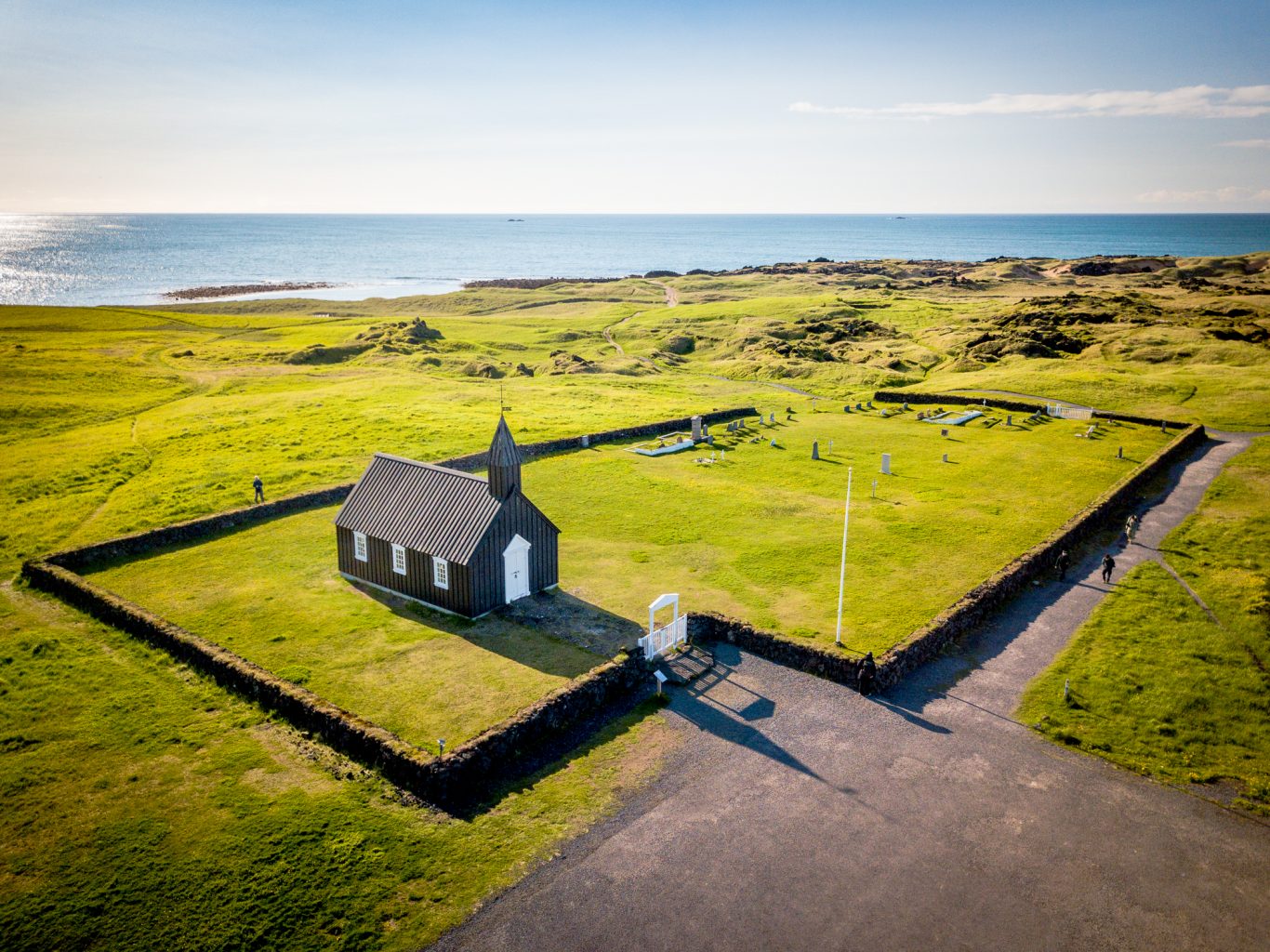 First, I realized there’s a cemetery next to the church. I didn’t know that before.

Second, I had no idea there were these beautiful moss-covered tiny hills and valleys around the church that you can explore. 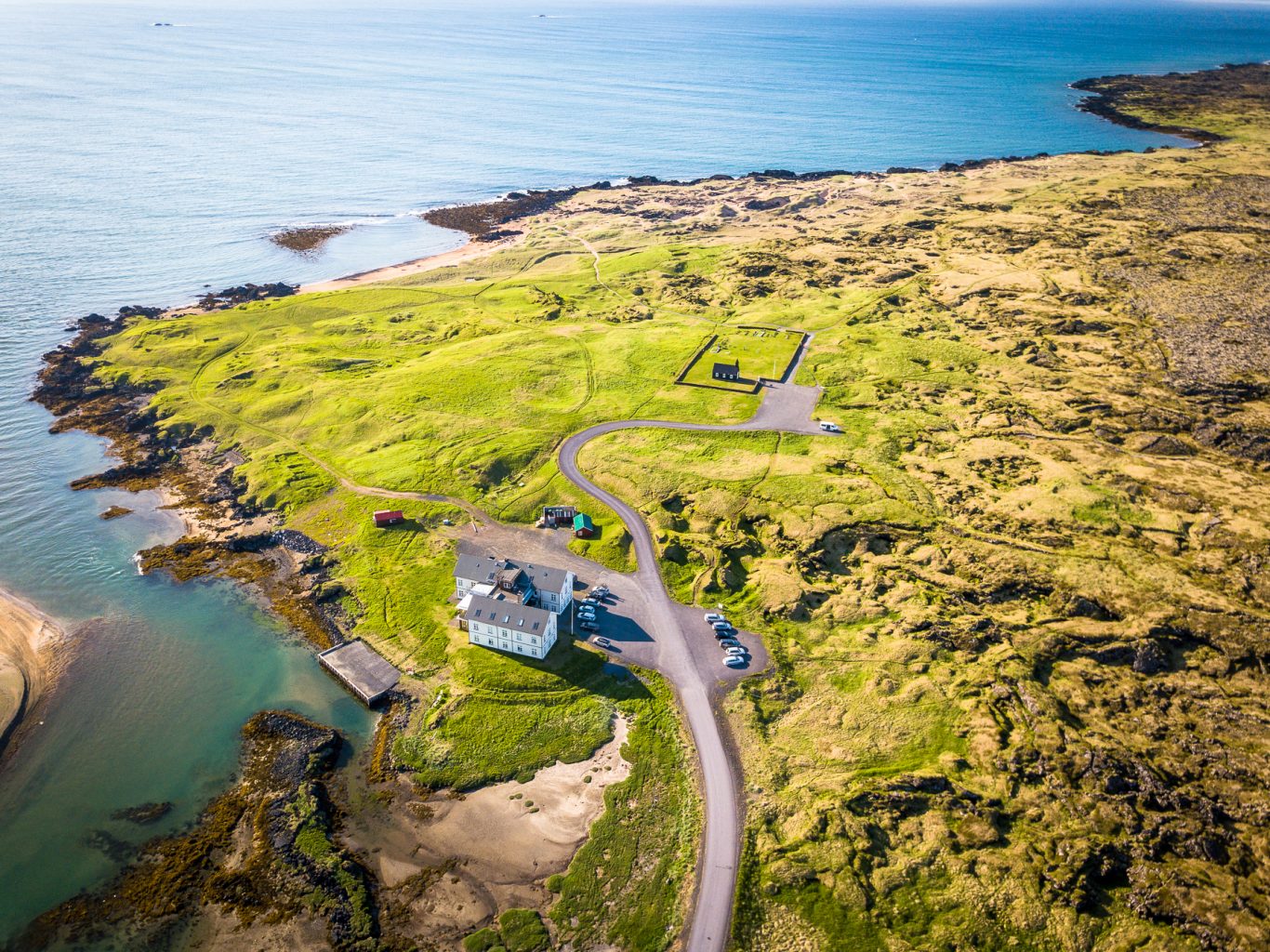 Third, I never realized that right next door to the “isolated” church is a lovely hotel. 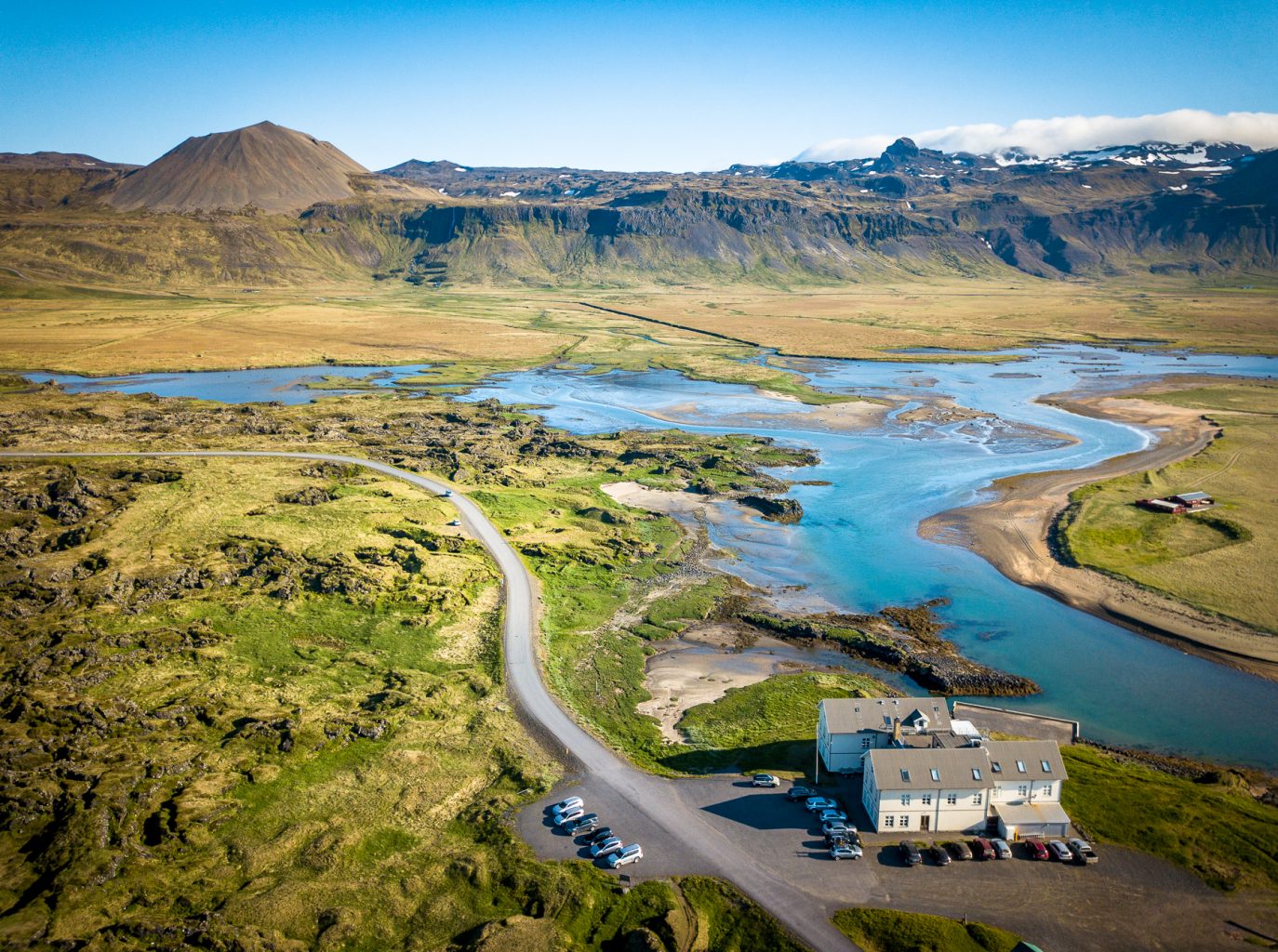 Fourth, the setting is as impressive as the church. The beaches, the water and the mossy volcanic landscape around the church and beyond the hotel make for a gorgeous environment you can wander. The conical and other mountains in the background make for a nice backdrop as well. 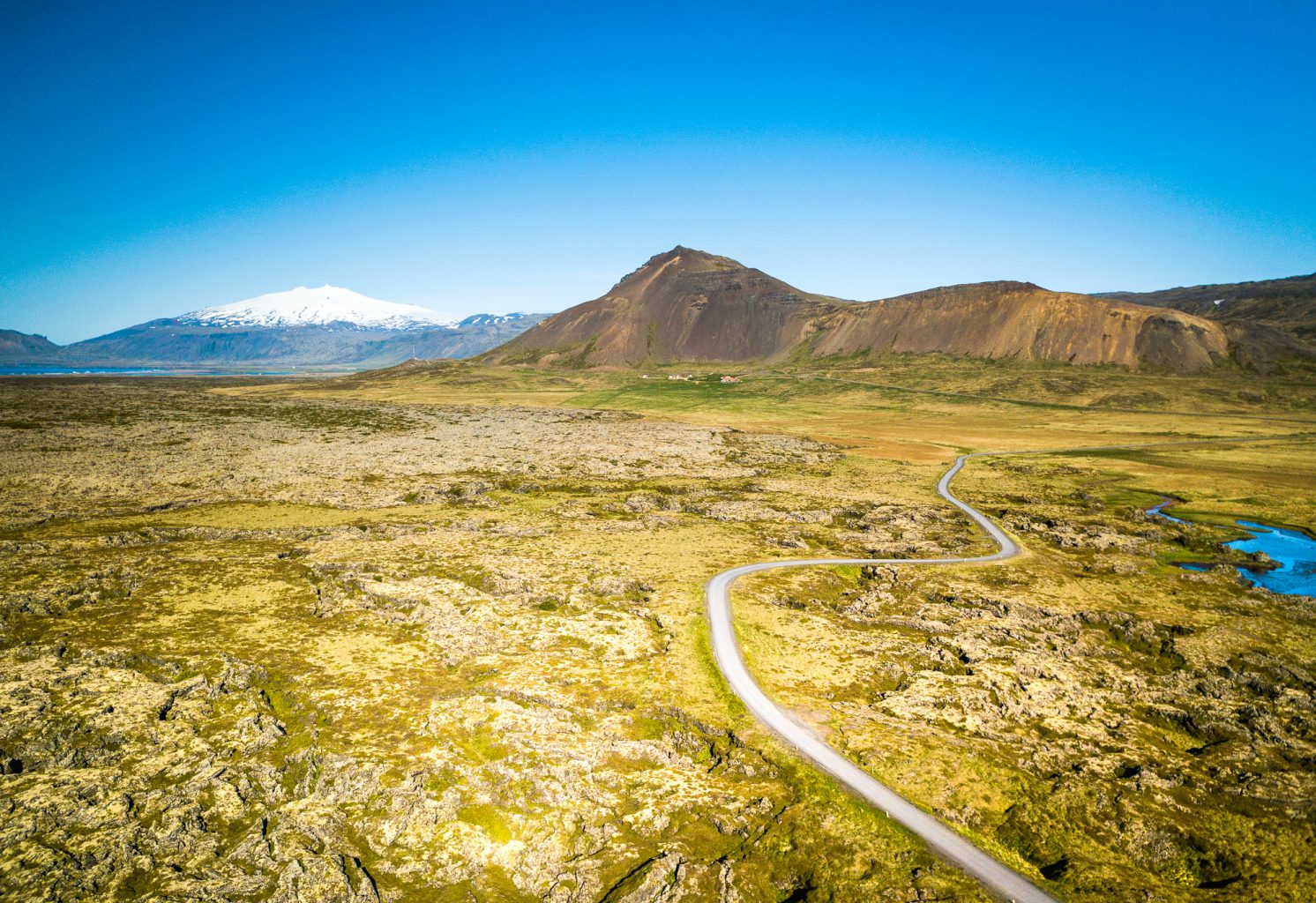 Fifth, while many of the photos I’ve seen of Iceland show some lovely scenes, photographs cannot capture how beautiful many of the places are. The scenes just don’t translate well because the Icelandic experience is about being out in the vast natural environment there. You can’t capture in an image how the sun (rather rare), wind, scent of the sea, the intricate details of moss and small flowers and the expansive landscape all around you merge.

Why some images show up more often

For example, in the above photo, the scene itself when I was there was brilliant. It was a wonder to just wander amidst the grass, rocks, moss and sea. But honestly, I think it’s a rather boring photo because there’s no real subject, just the expanse.

Compare it to the following: 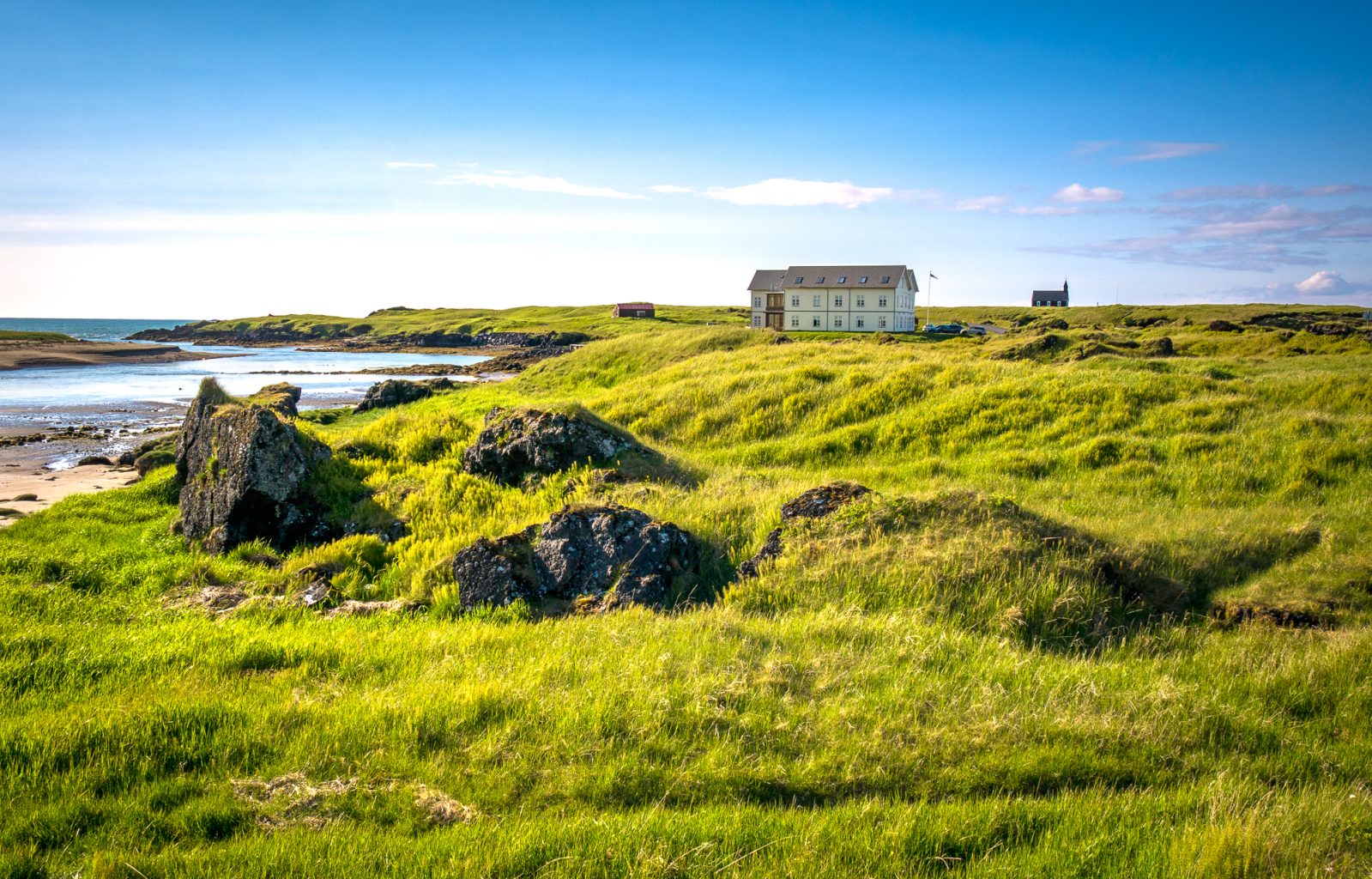 I love this image because while it captures the rocks, grass and beach, it has a focal point on the hotel and distant church.

This lack of subjects to ground your photos explains in part why most people take the same shots of the same places in Iceland. Iconic subjects are simply fewer and farther between there.

It helped, in my case, to have a drone to get some of these shots from above. That added a level of interest you might not behold at ground level. 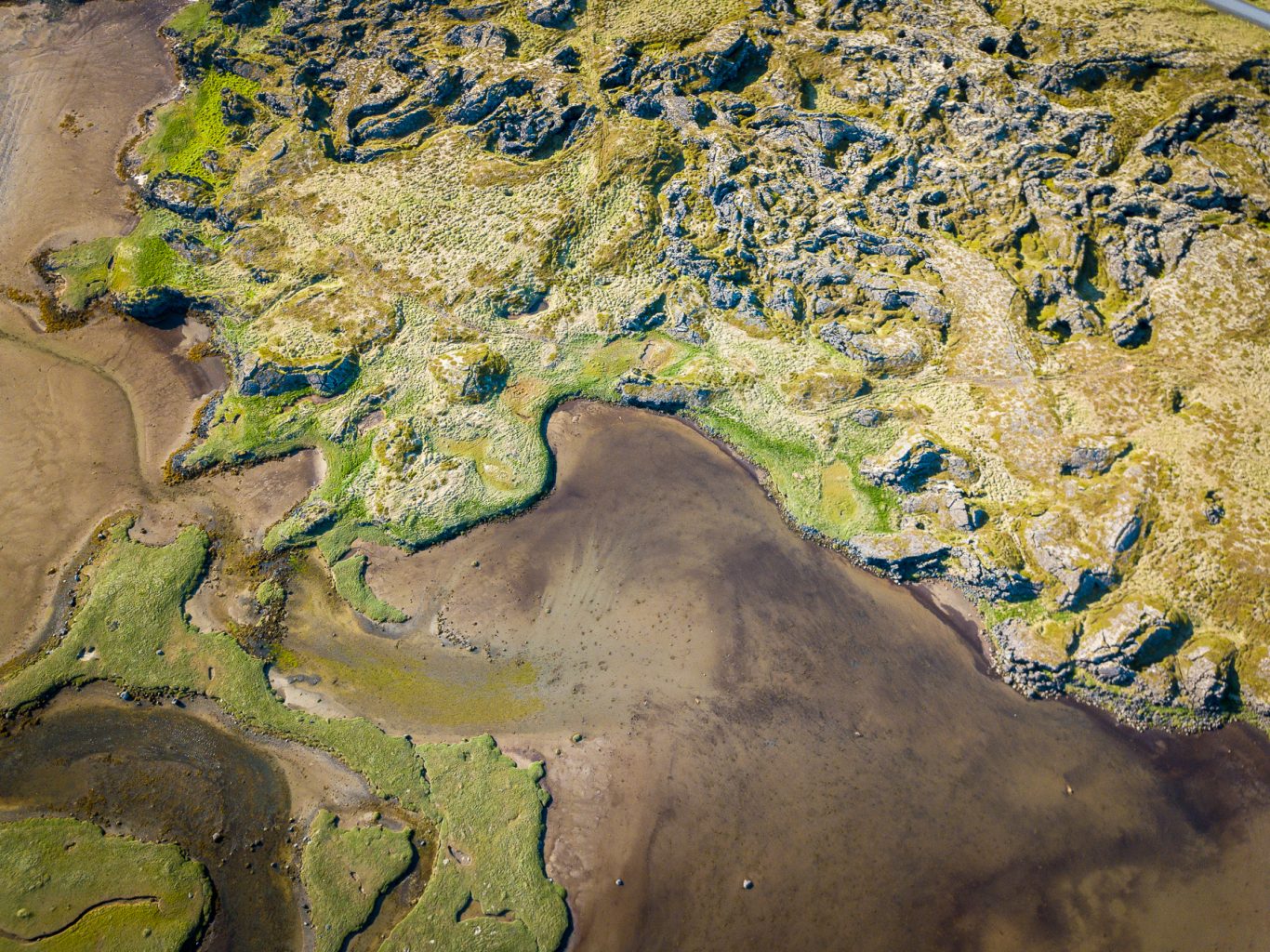 A great photographer, however, can find a worthy subject anywhere, particularly when the right light and weather work together to make even an open expanse of field and distant mountains appear magical. But on a dull rainy day or a bright sunny one with no clouds like what we experienced, most of us need some subject to stand out in our photos. Hence the church or a handful or other iconic shots you see so often.

Don’t settle for what others have seen 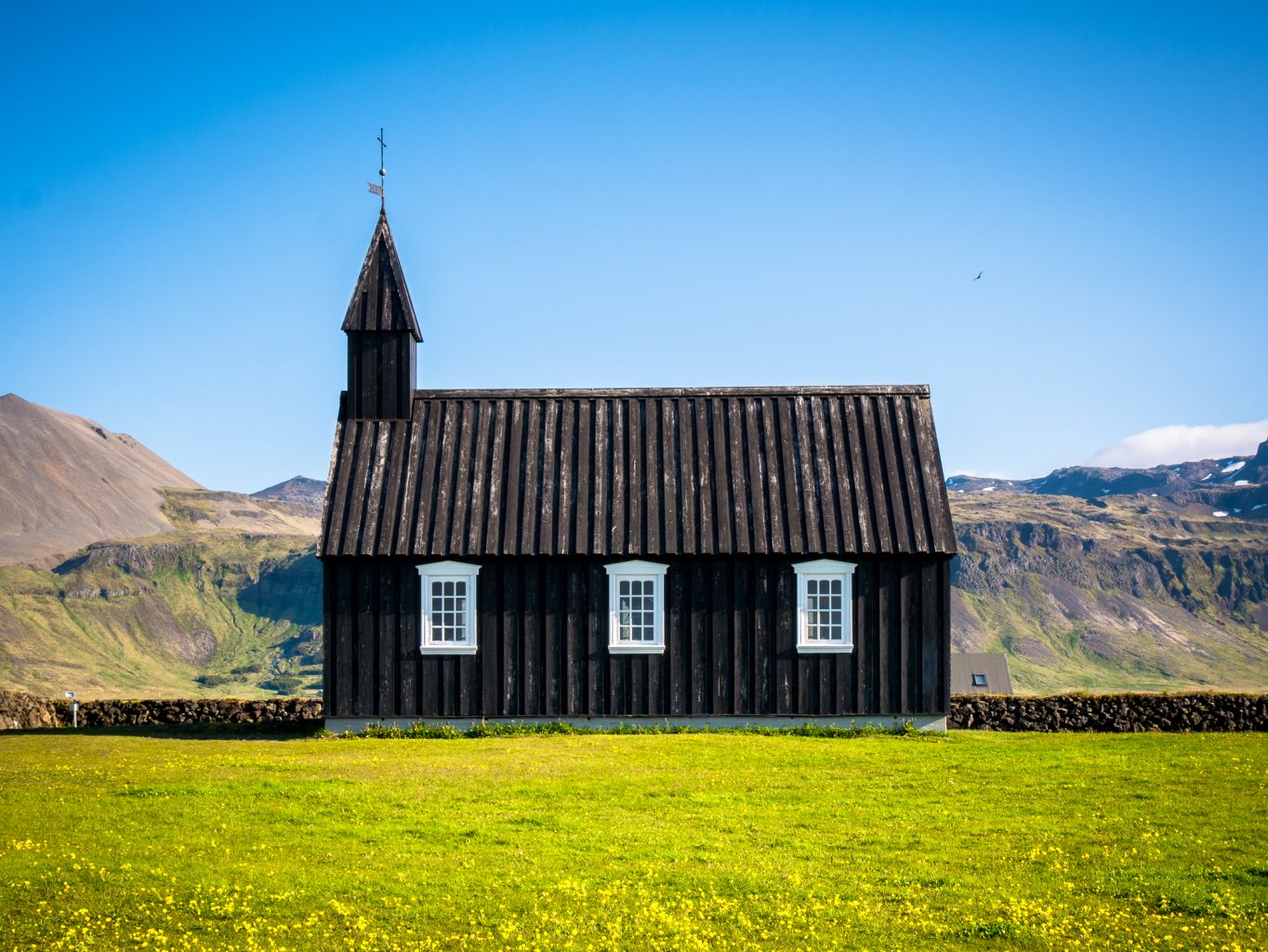 That may explain why you only see the church in photos of Budir. But hopefully the above images reveal that there is so much more there in Budir than than just the church, both to photograph and most of all, to experience.

In any location, when you look the other way, looking beyond the iconic sight to what lies behind or on the other side of the popular subject, you discover an entire world that may be more wondrous than the one you came to see.