Look the Other Way: Kirkjufell, Iceland

Kirkjufell, the “Arrow Mountain” on Iceland’s Snaefellsness Peninsula, is one of the most photographed sites on this North Atlantic island country. The quintessential view you see everywhere usually shows this conical mountain behind the nearby waterfalls of Kirkjufellfoss.

Here, for example, are the top results on Instagram for Kirkjufell.

The name, Kirkjufell, by the way, has nothing to do with Star Trek’s original captain. It means “Church Mountain” since its shape, from certain angles, resembles a typical box-and-steeple church. Throw in “foss” after it and you have “Church Mountain Falls,” as well as the entire extent of my knowledge of Icelandic.

There’s no question that Kirkjufell is beautiful, particularly when backed by a sunset or even better, a display of the Northern Lights.

But the mountain isn’t the whole story.

Look the other way from Kirkjufell

If you look the other way by turning around, away from the mountain of Kirkjufell, you’ll discover a world you never see on most travel sites or in photos of the iconic scene.

As we explored before in Look the Other Way: Budir Black Church, sometimes you discover the best parts of your trip when you not only look the other way, but physically turn the other way.

Turning the other way requires movement. And even a small change of location can result in a very different perspective, of a scene or of your world.

There’s a saying among photographers that the best zoom function of a camera is your own two feet. Meaning, if you want to get a close-up shot, move. Get closer physically rather than relying on your lens to zoom in. Same thing with looking the other way. Sometimes you have to turn the other way and move your feet.

The irony with Kirkjufell is that you have to do that turning and moving just to see the mountain behind the falls.

If you drive toward Kirkjufell, you can see the mountain from the road. But — full confession here — I didn’t realize there was anything special about the mountain when driving by it. It’s a greenish yellow conical peak. Do you know how many of those there are in Iceland? Me neither, but I’m guessing their number exceeds that of cheap dining solutions on the island by a significant margin. Thus, unless you know what you’re looking for, you may arrive at the parking lot with a curious sense of, “What’s the big deal here?”

View from parking lot toward the falls (Kirkjufellsfoss). Where’s that conical mountain I’ve come to photograph?

Seeing it from above—or not

I’d show you an overview of the area via a drone shot, but I wasn’t able to fly my drone there for two reasons. The first was this sign: 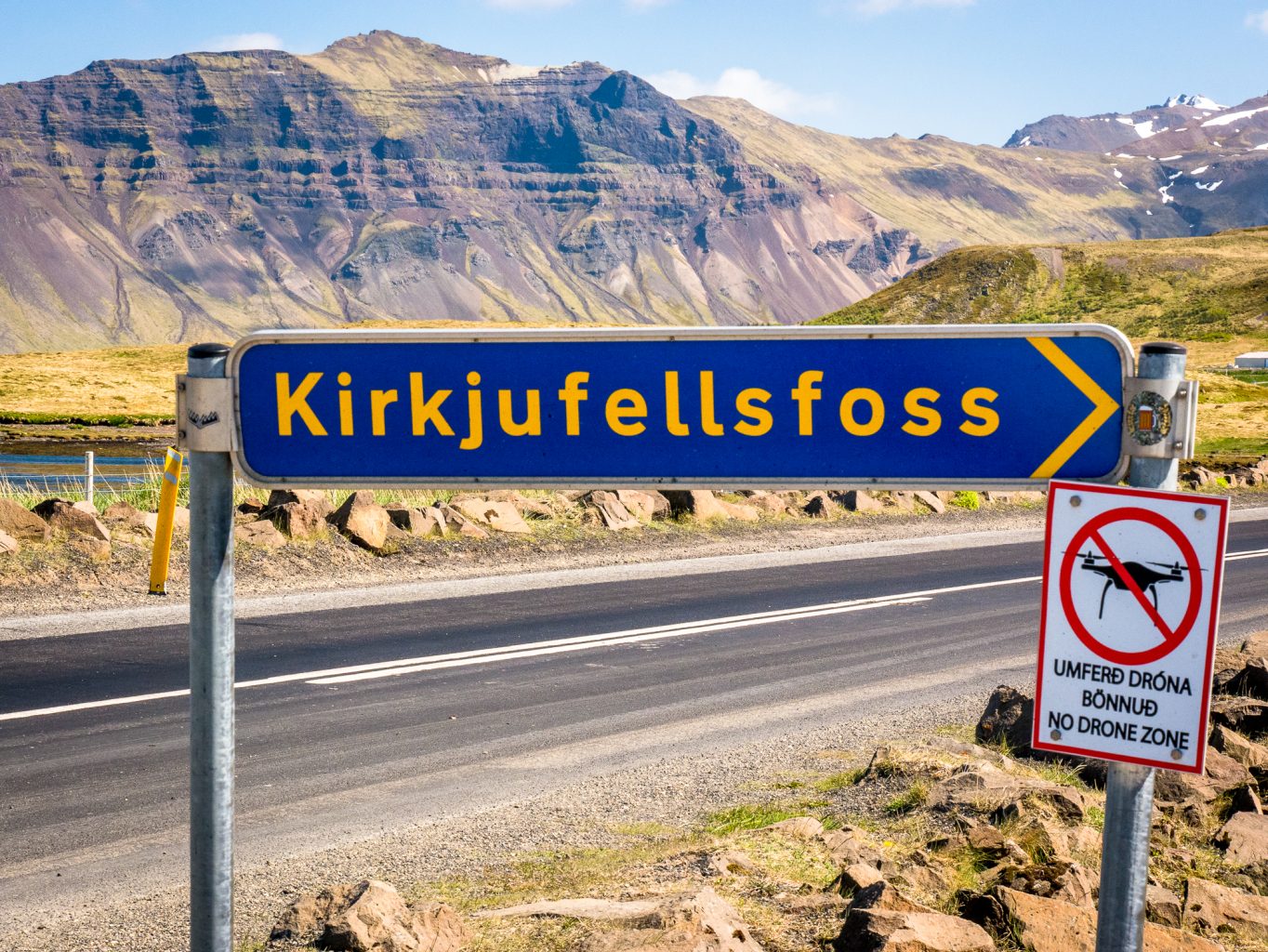 The second was the wind. Not just a breeze, but a blow so hard Mary Poppins and her umbrella would have hit Mach 1 speeds. On the flight to Iceland, the fun facts that Iceland Air displays on the in-flight screen include this gem: “Iceland is the third windiest place in the world. But what’s remarkable is that the first two are both uninhabitable.” How that little factoid entices travelers  to visit Iceland is beyond me.

Anyway, once you arrive at the parking lot for Killjufellfoss, you have to follow the trail up to the waterfalls, cross a bridge over the river above the falls, circle back on the other side and then, voila, there’s your famous shot. Or at least the place where you can take it.

That’s the usual process. You get your shot that looks like this. 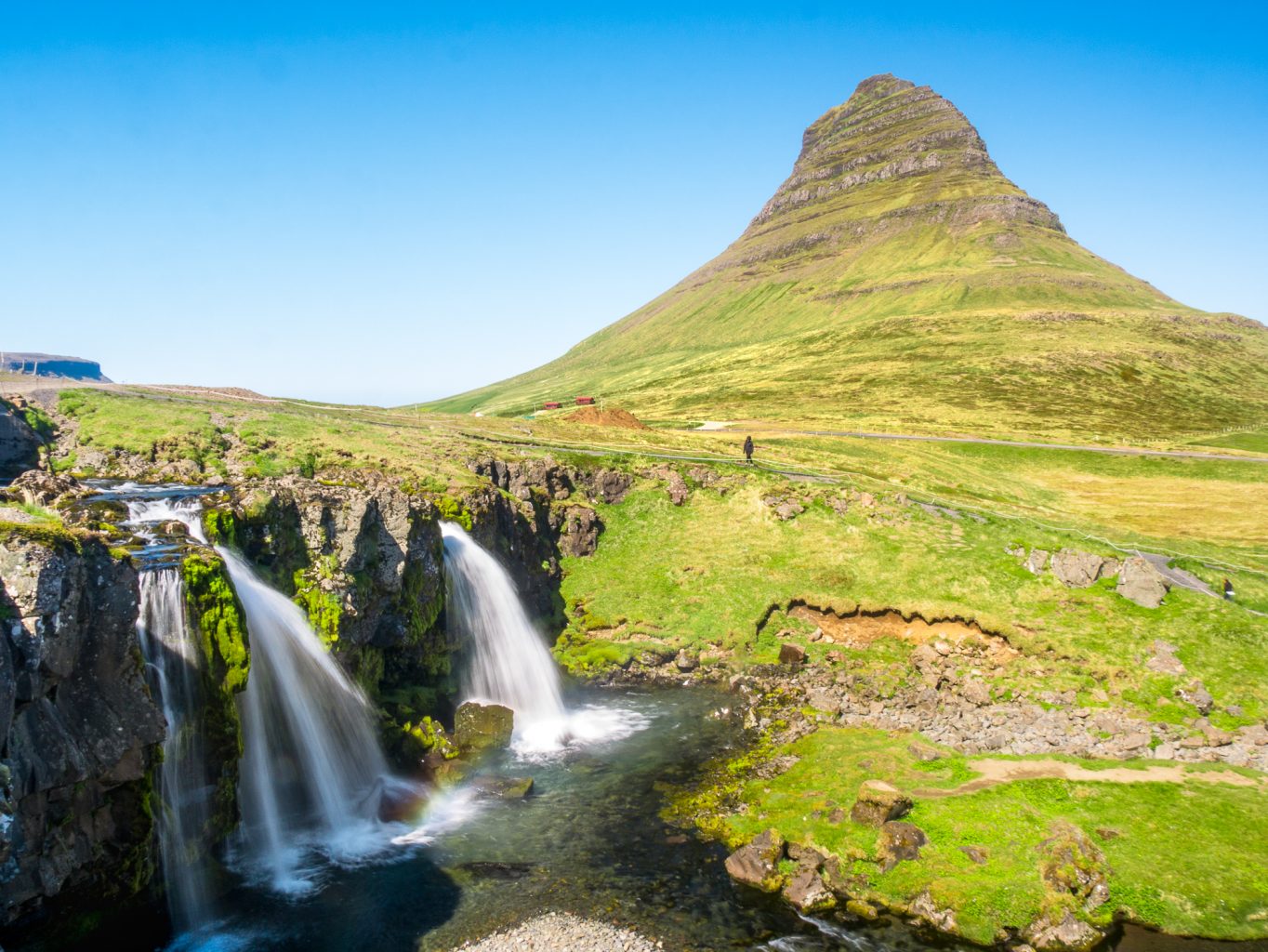 Of if you proceed several more meters downstream, you’ll find the lower falls which, to me, are even more interesting in person, but you may have to look back and forth between the two photos to tell much of a difference. 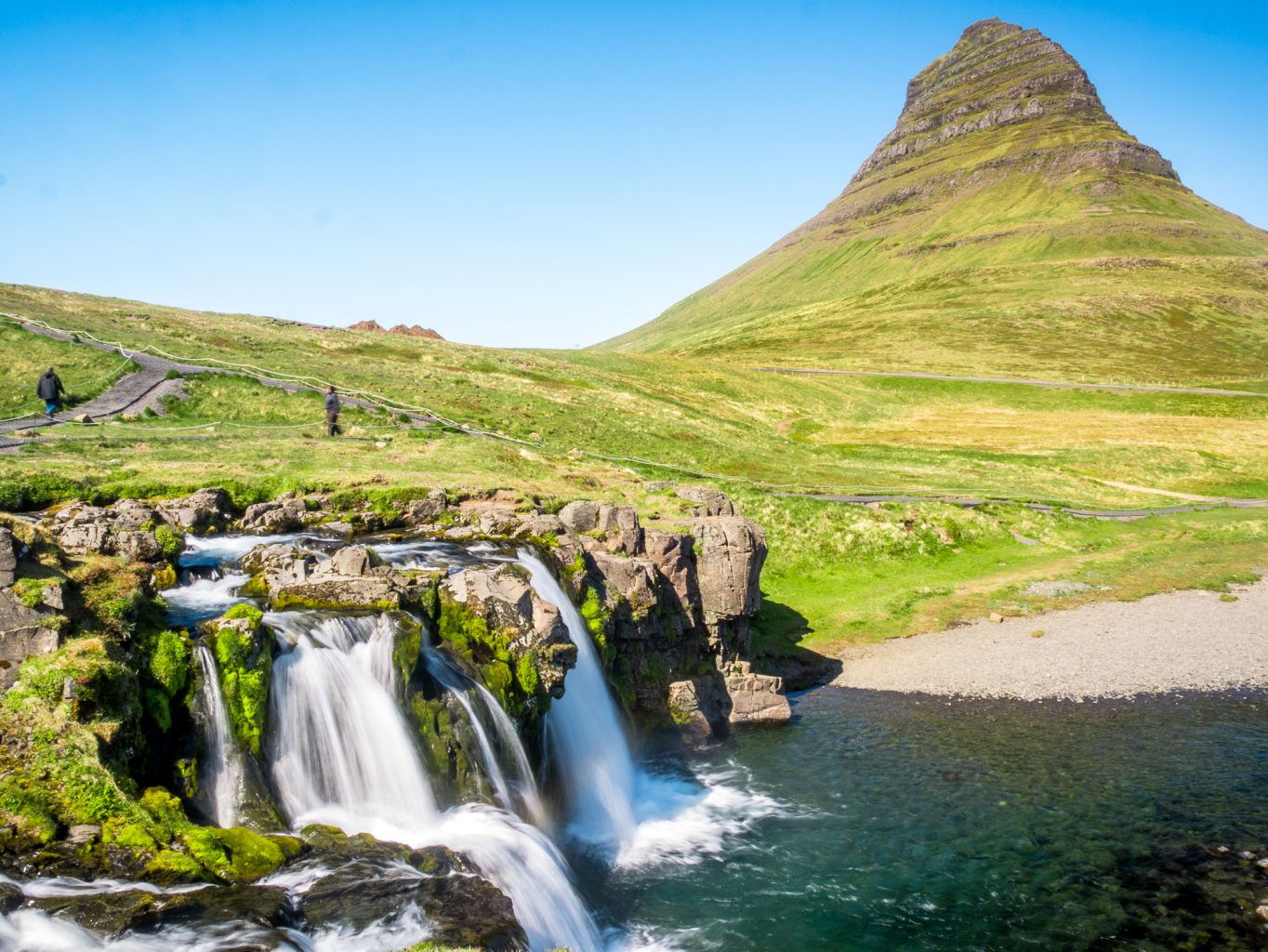 Shooting during the day

Full disclosure on why my photos here of Kirkjufell are rather snapshotty compared to most of the sunset or Northern Lights images out there. We arrived at midday (which is a rather long stretch of time when the day in June lasts for 22.5 hours). That meant many other people scurrying around and most of all, very harsh overhead light. I think the advanced technical term in photographic circles for such a situation is, “Blech!”

Also, we’d been on the road since early morning, so I was rather tired and thought this would just be a quick stop because I could tell the light was too bright, even from the parking lot. I just grabbed my camera with no other lenses, tripod or filters and hurried up to the falls. My advice to you is if you have a wide angle lens, use it. Similarly, use a neutral density filter if you arrive on a bright day to darken the scene enough so you can take a longer exposure to blur the water of the falls. I tried to do that somewhat holding the camera by hand, but a filter, tripod and wider angle lens would have likely produced better images, even in that light.

If you want to learn more about how to take travel photos that look better than these, check out my free Beginner’s Guide to Making Awesome Travel Photos.

Go beyond what you came to see—and shoot

Which leads us to one of many reasons to look the other way: When the light isn’t what you’d like it to be for the subject you came to photograph, look around for something else to shoot. In my opinion, a less-than-iconic image shot in great light usually beats a famous landmark photographed under sub-optimal conditions. Such was the case here.

Because if you look the other way, constantly turning, moving and letting your curiosity hunt for what the scene can reveal rather than going only to see what you came to see, you will find these (to me) more interesting sights. 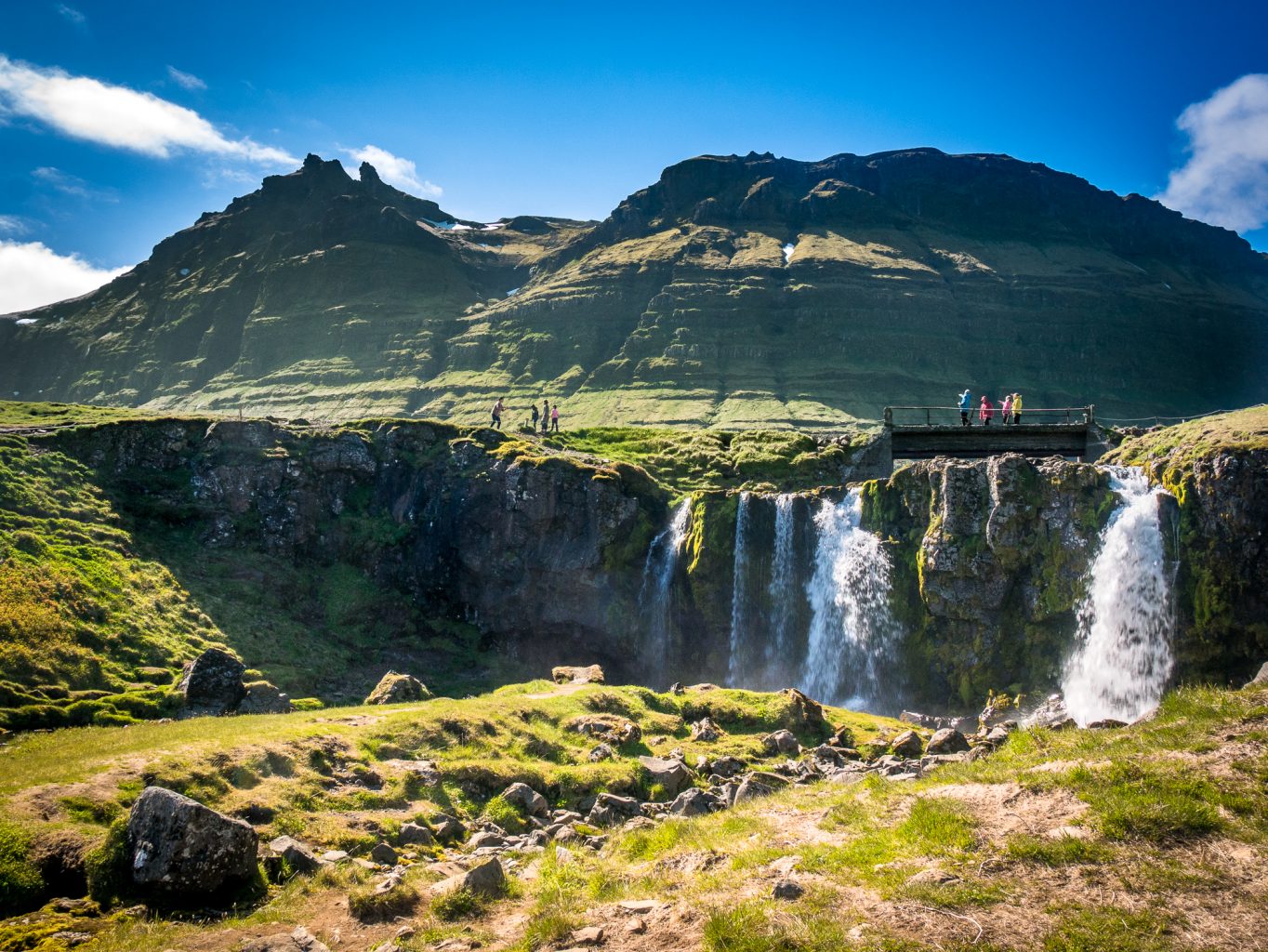 I do love the images I’ve seen online of Kirkjufell. But as my images here hopefully reveal, there’s so much more here than just that mountain. 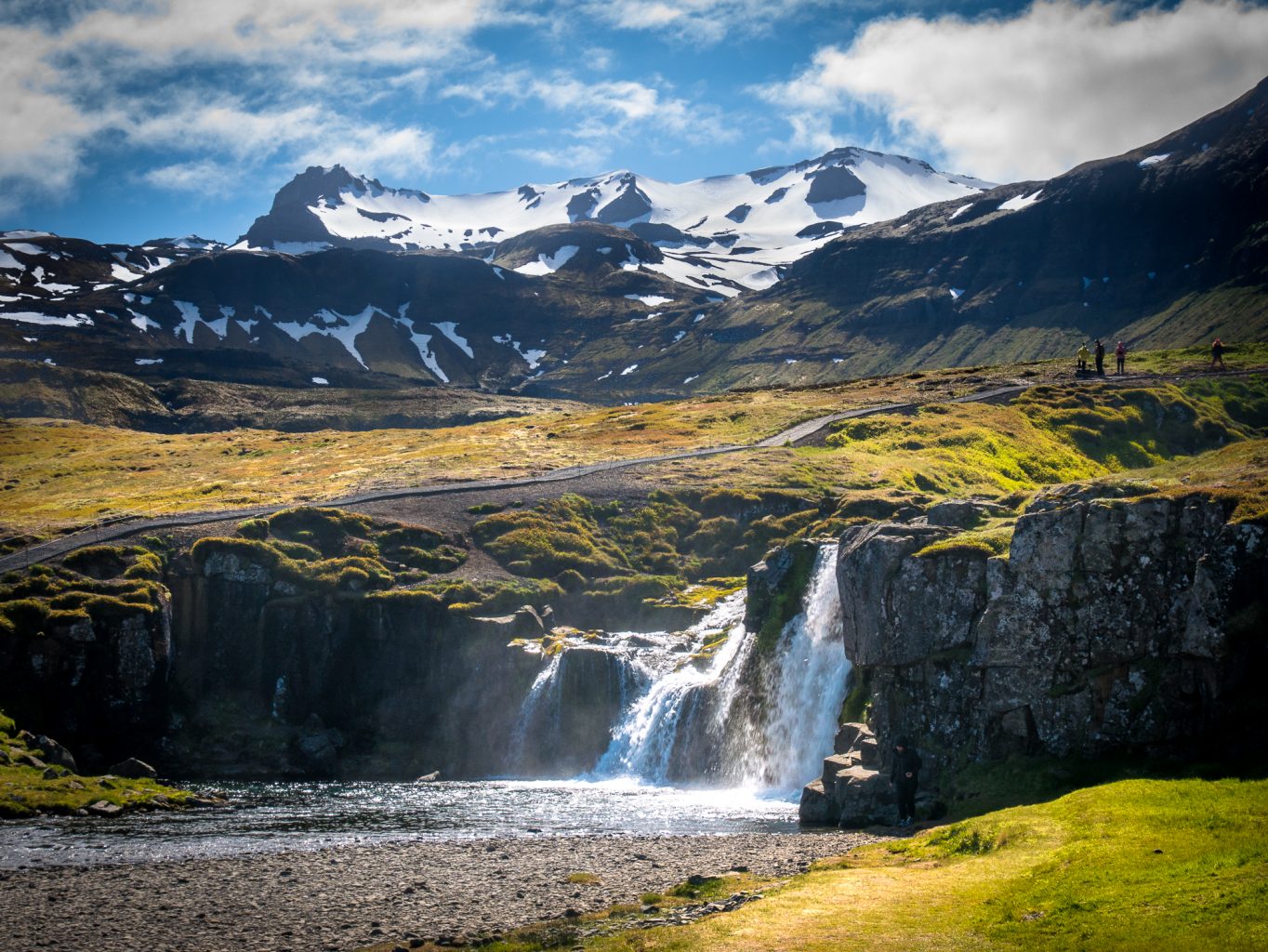 If you could magically relocate those same waterfalls elsewhere with all the surrounding scenery minus Kirkjufell, it would still be a highly photo-worthy site.

And that’s the problem when you don’t look the other way, when you don’t consider a place based on its own merits instead of some preconceived idea of what you expect to be there. You don’t realize how stunning certain places actually are when they aren’t compared to what they’re “supposed” to be. 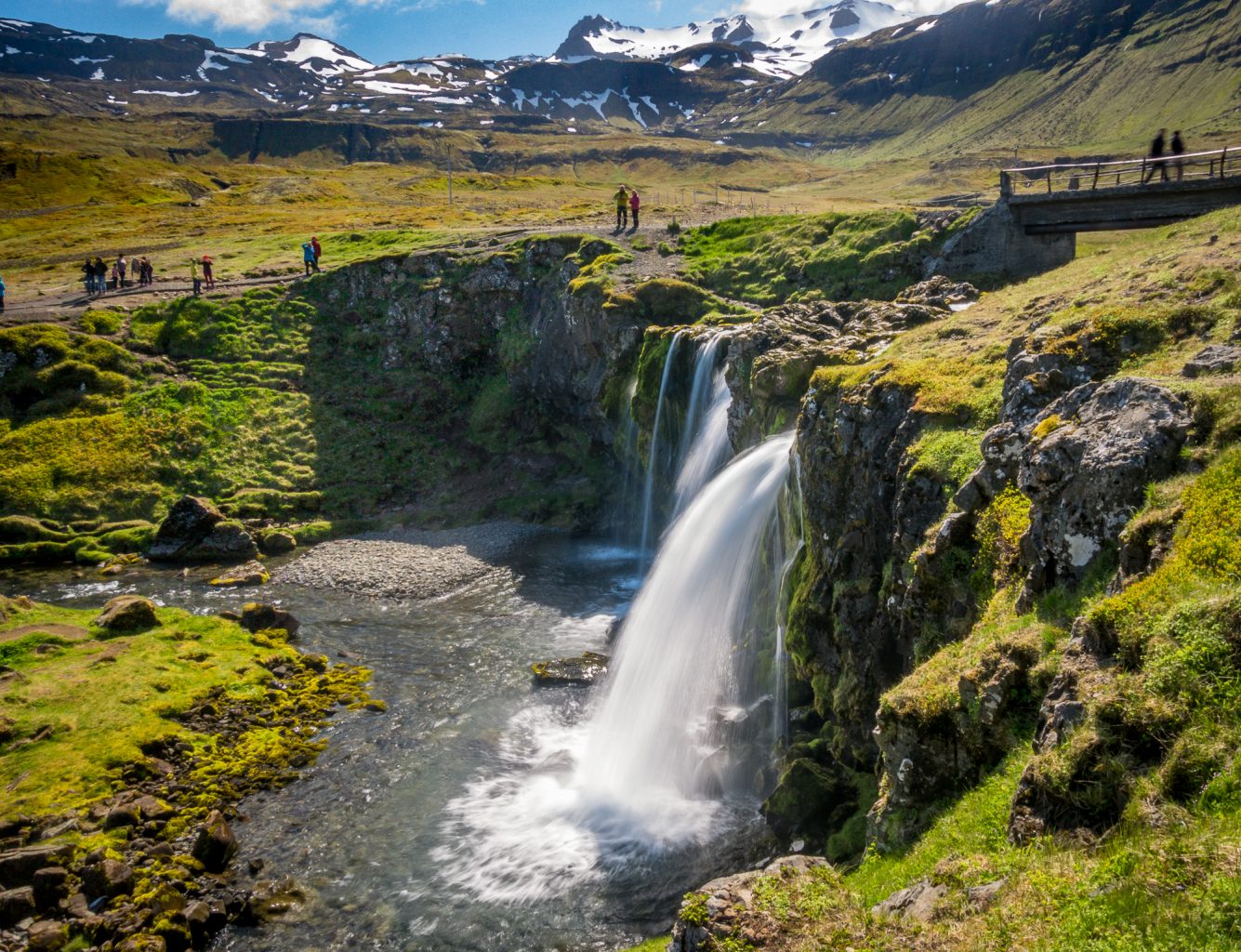 Next time you’re anywhere famous, take in the iconic sight. But then turn around. Move. Look the other way.

Then be prepared to be amazed by what you see. Not just because it can be visually rewarding, but because it is your own personal discovery, one you made, even in highly popular locations.