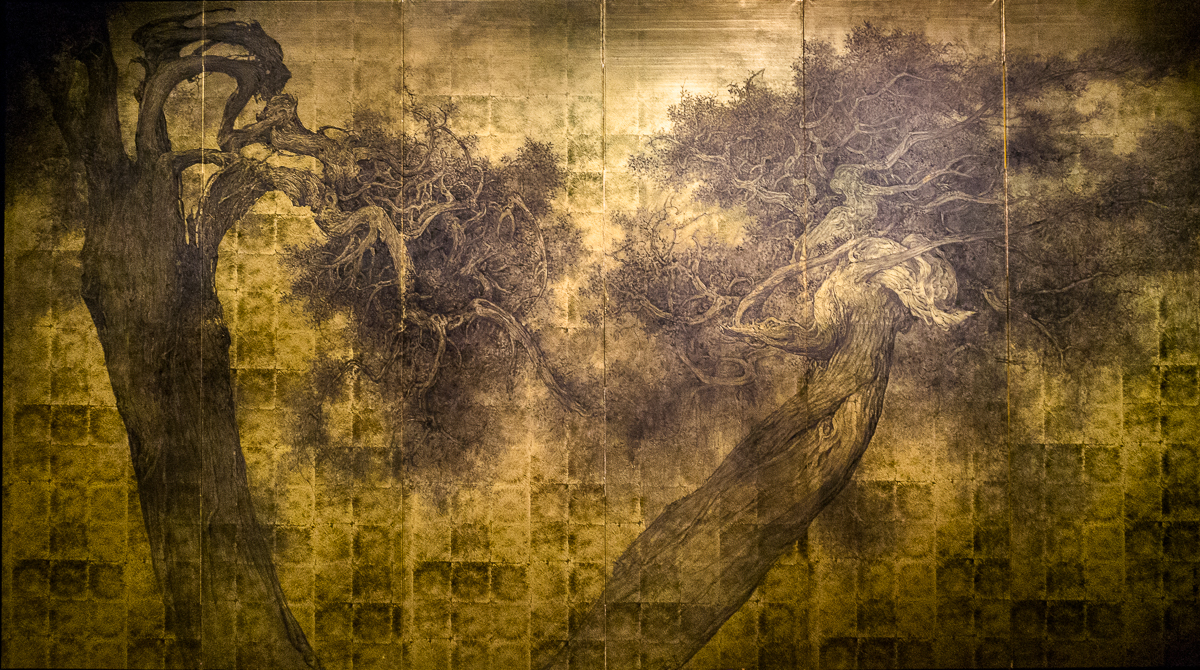 I recently returned from a trip with my elder son, 23, to China. The theme of our trip was design. We intended to sketch and photograph our way through three different regions of China, getting a better sense of both classical and contemporary forms of design. To refine the concept of design, I focused mostly on understanding the design element of line. From architecture to fashion, room interiors to tea ceremonies, line plays a big role in defining the Chinese experience. But nowhere is the sense of line clearer than in Chinese calligraphy (which is nothing but line) and painting. And no where on our trip did I find paintings that moved me as much as the work of artist Li Huayi.

Li Huayi, born in 1948, learned painting in the traditional style in Shanghai. During the Cultural Revolution, he survived by painting works of propaganda. In 1982, he departed China for San Francisco, working there and delving into the world of Abstract Expressionism. In the late 1990’s, however, he returned back both to China and to a focus on traditional Chinese landscape subjects and techniques. Today, he splits his time between studios in San Francisco and Beijing.

To say that Li Huayi’s work is merely a modern rendering of traditional subjects would be to miss what makes them so special. His paintings are currently part of a solo exhibition at the I.M. Pei-designed Suzhou Museum in Suzhou, China. These works, on paper and silk, some shimmering with gold foil, reflect both Eastern and Western influences. But it is less a fusion of cultures and more one of eras that add depth to Li’s paintings. In them, some several meters in width or length, he blends themes going back to the Song dynasty with contemporary sensibilities and even subjects: some of his windswept trees seem more likely to be found in Carmel, California than Huangshan, China. The influence of Abstract Expressionism emerges in the atmospheric perspective of his backgrounds: you’re not quite sure on some what you’re seeing. This rendering of old and new also shows up in the presentation of some of the works with vertical scrolls hanging over longer horizontal pieces but the scenes blending perfectly.

This is contemporary art that surprises because you don’t expect it to be that.

Learn more about Li Huayi and the exhibition at the Suzhou Museum. 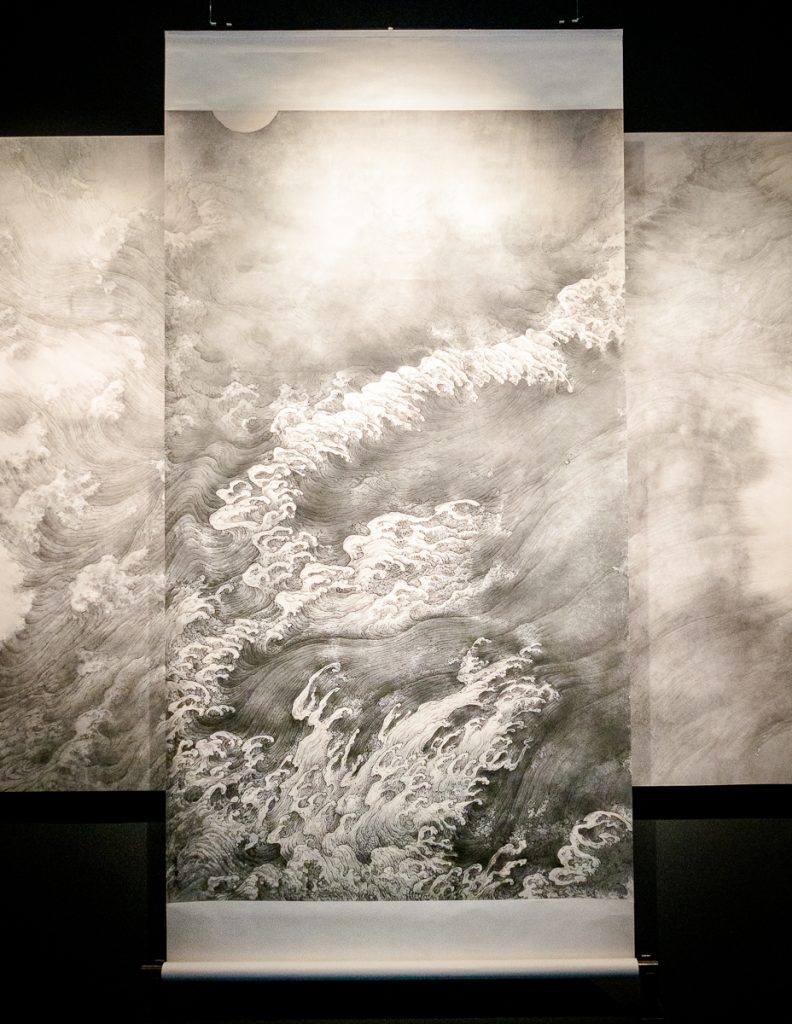 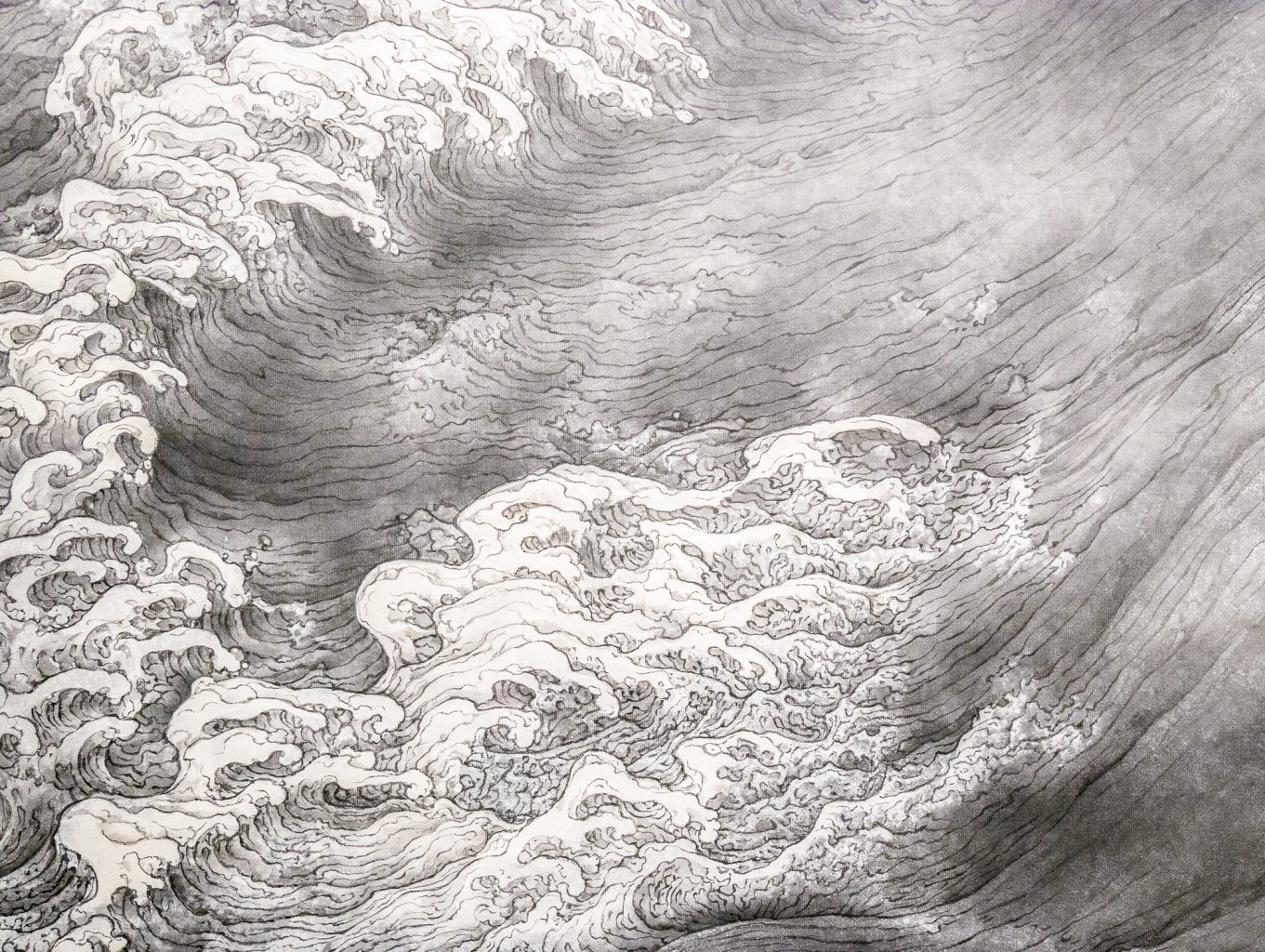 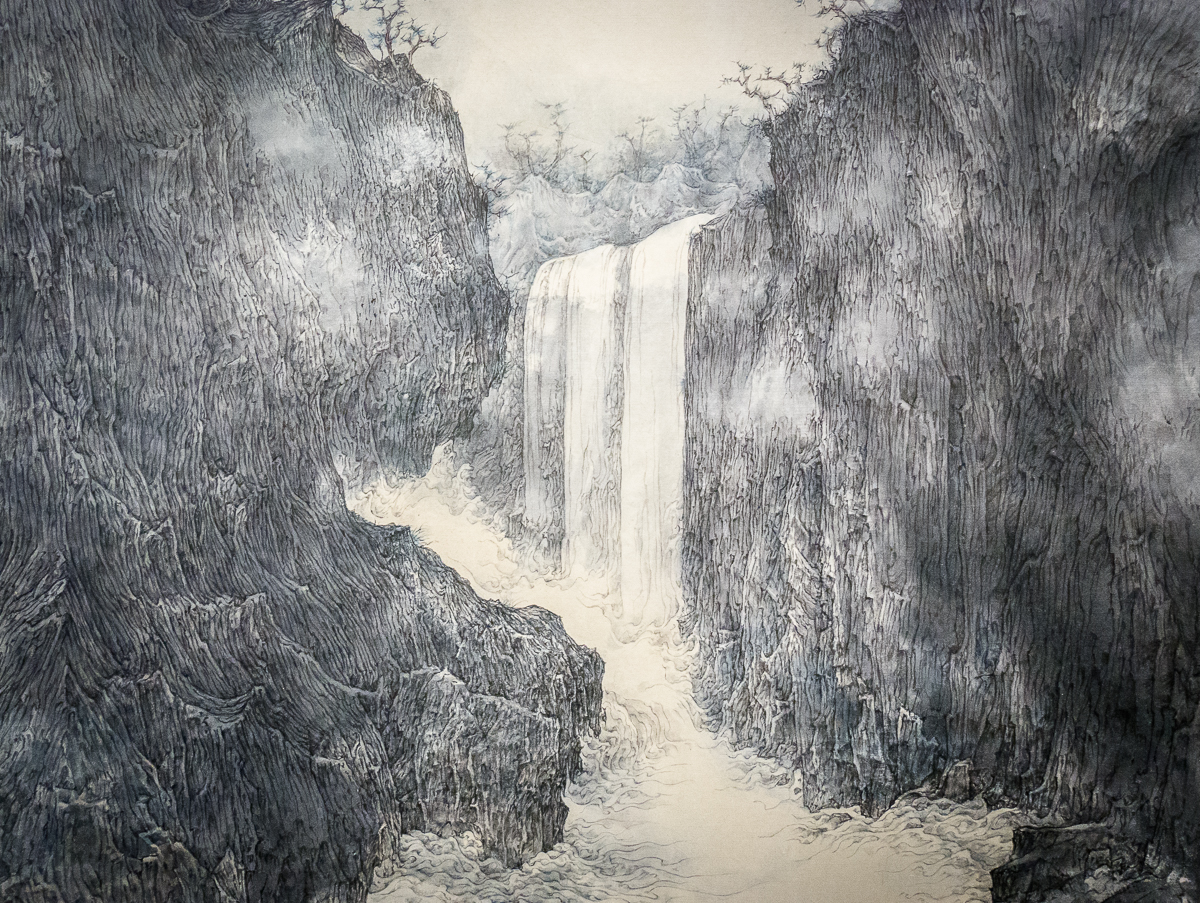 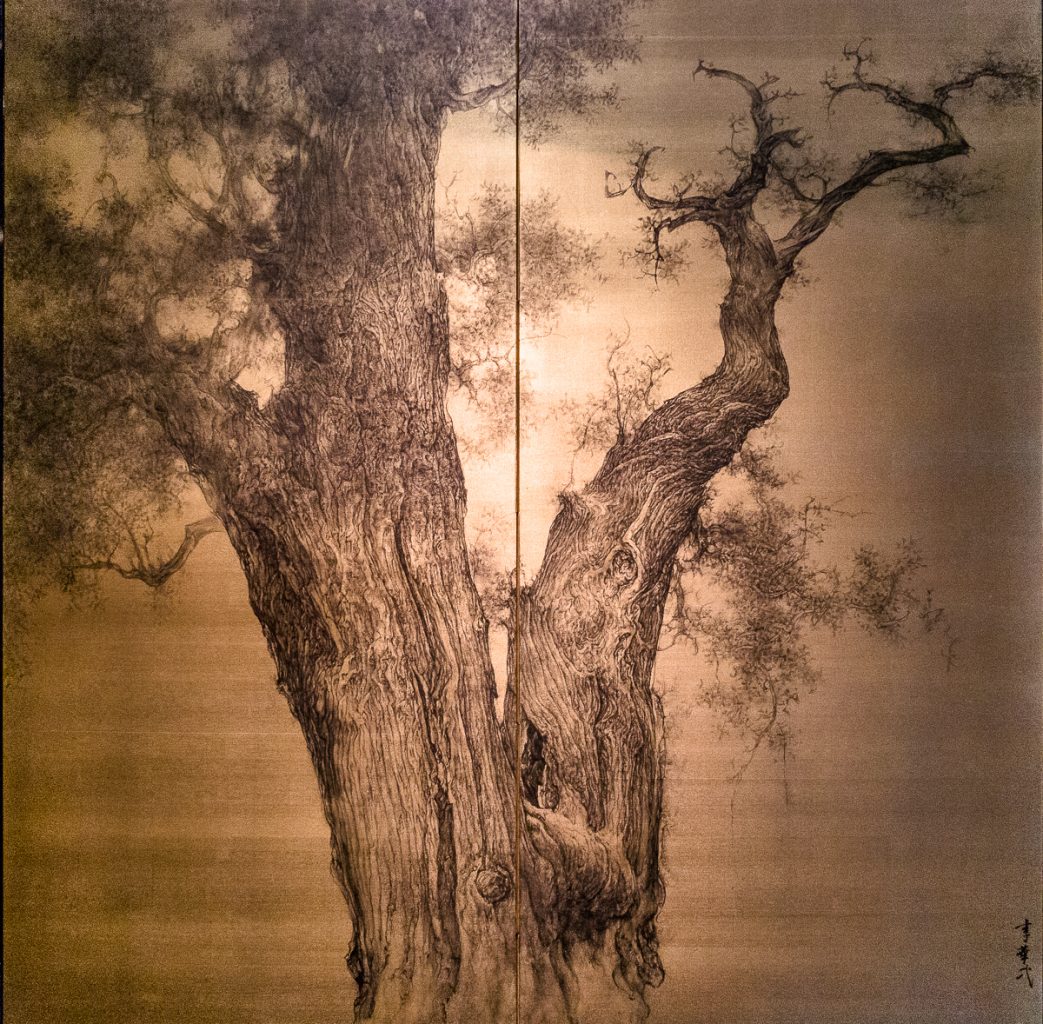 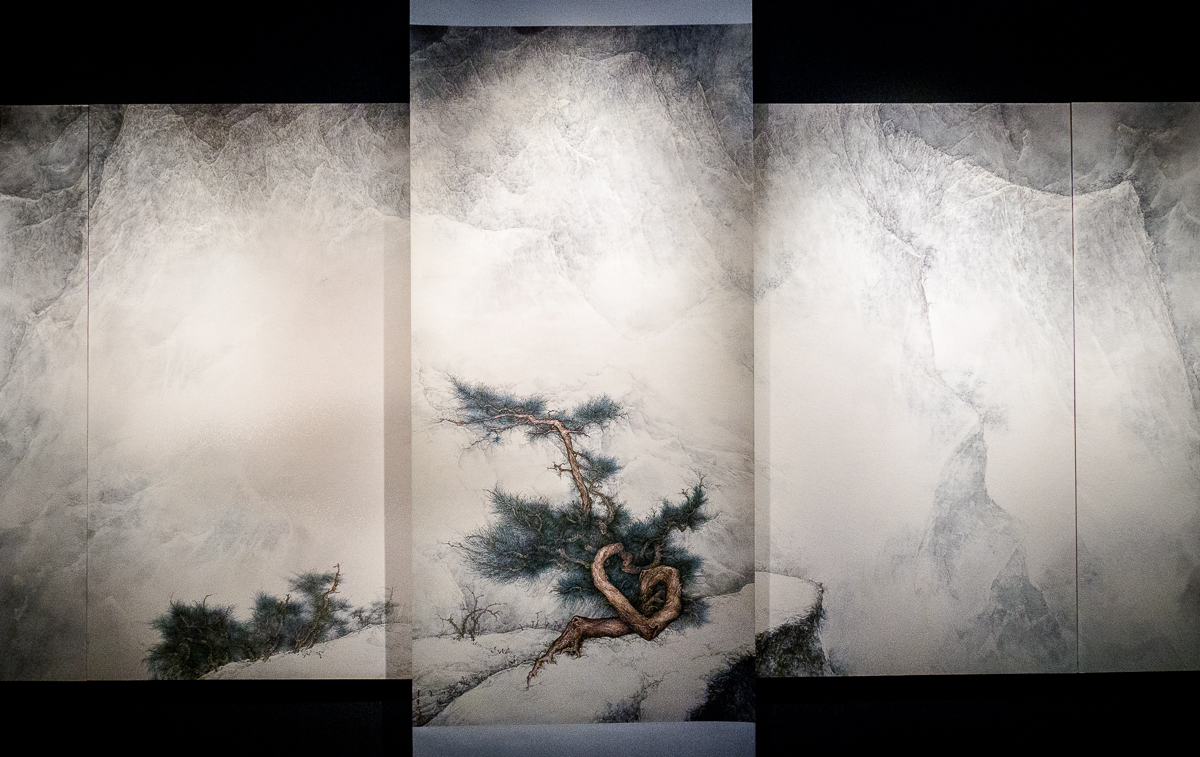 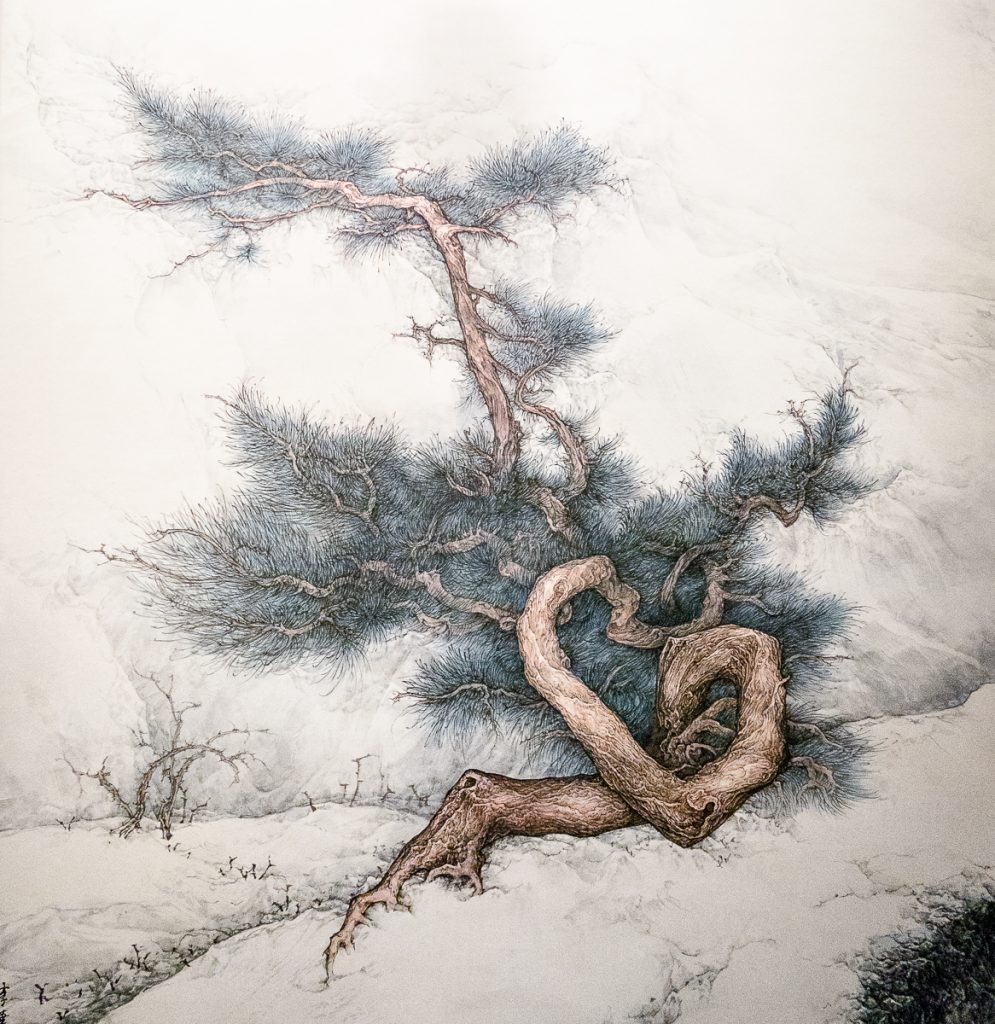 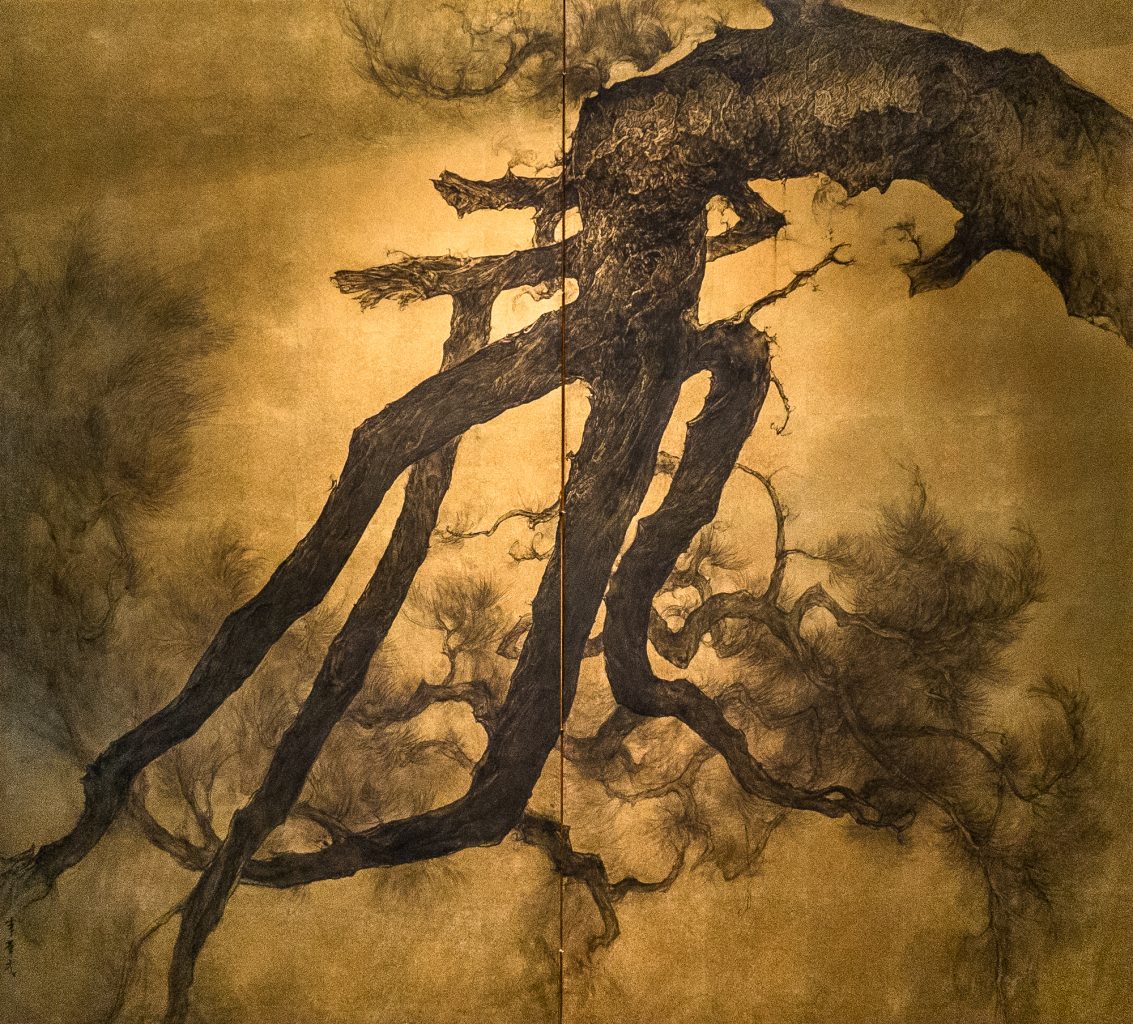 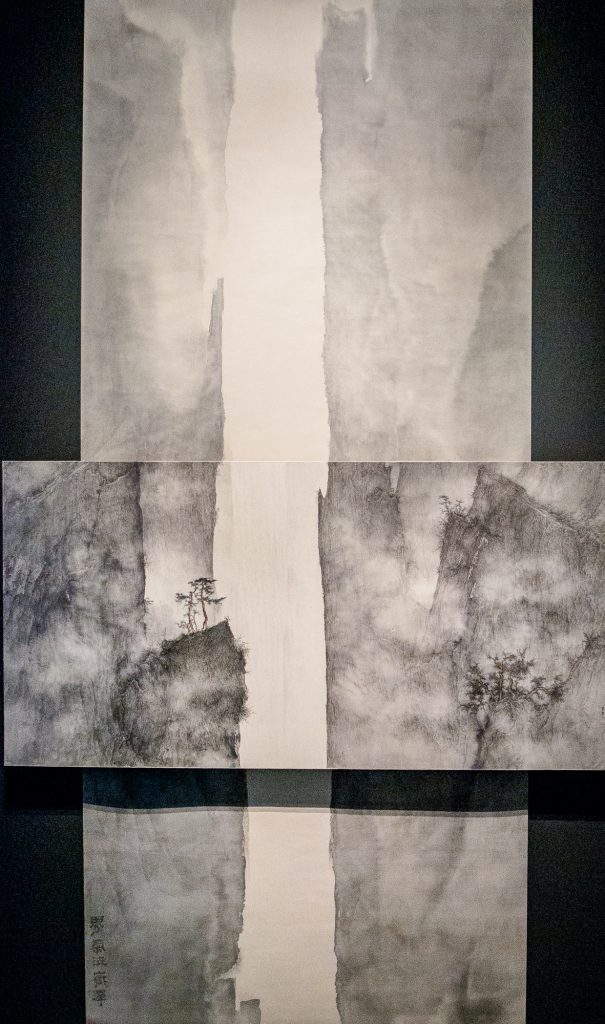